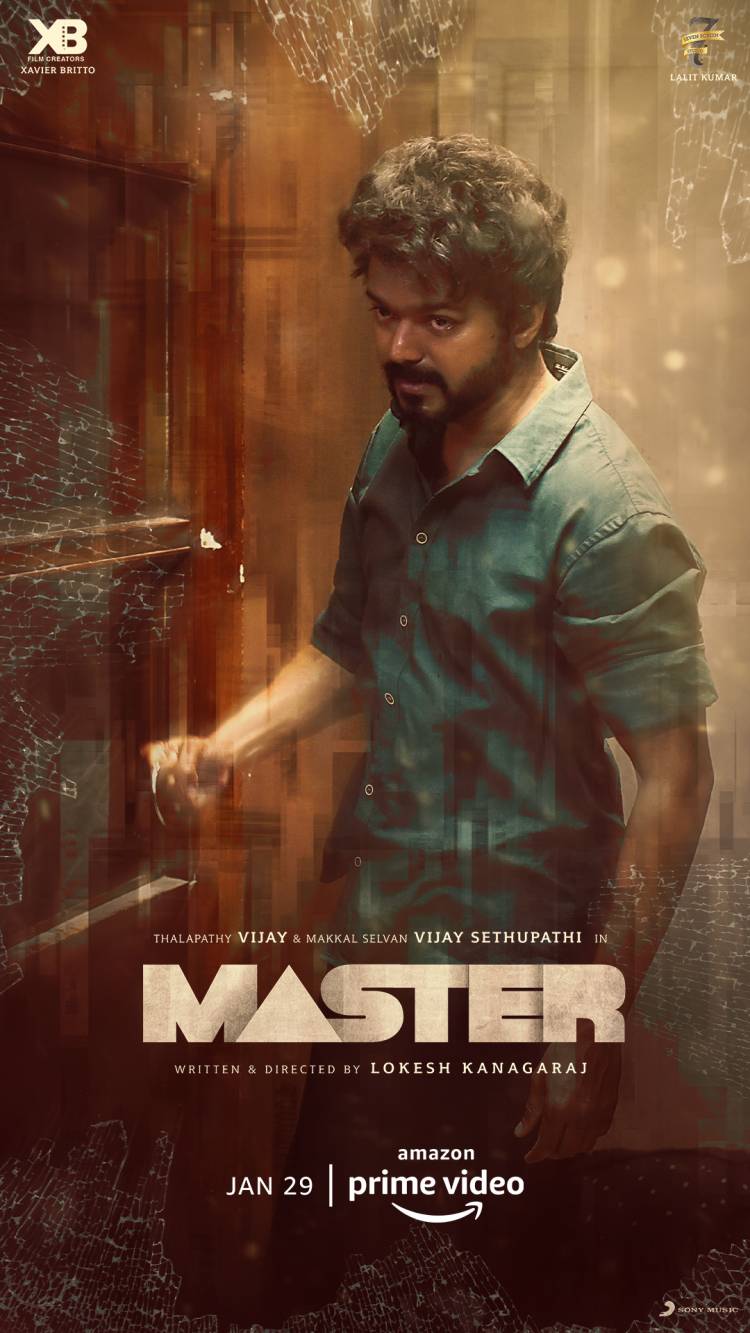 Prime members in India and across 240 countries and territories can stream the exclusive digital premiere of Tamil action thriller, Master, starting January 29

MUMBAI, India, 27 January 2021 – Amazon Prime Video today announced the exclusive digital premiere of the eagerly-awaited Tamil action thriller, Master for the 29th of January. Master stars Thalapathy Vijay and Vijay Sethupathi along with Malavika Mohanan, Andrea Jeremiah, Shanthanu Bhagyaraj, Arjun Das in pivotal roles.   The film is written and directed by Lokesh Kanagaraj, produced by Xavier Britto and features Anirudh Ravichander's chart-buster music. The action-packed thriller Master promises a clash between the two superstars, Thalapathy Vijay’s & Vijay Sethupathi’s characters, keeping the audiences on the edge of their seats. Prime members in India and across 240 countries and territories can catch the digital premiere of Master on Amazon Prime Video starting January 29, 2020.

“We are delighted to announce the digital premiere of Master on Amazon Prime Video,” said Vijay Subramaniam, Director and Head, Content, Amazon Prime Video, India. “Master is one of the most anticipated Tamil movies of the year and we are glad to have the opportunity to bring the movie to Prime members in India and across 240 countries and territories this month. With this digital premiere we are happy to provide customers with the choice of enjoying the latest Tamil blockbuster movie from the safety and comfort of their homes, not just in India but across the globe.”

Speaking about his character in the film, Thalapathy Vijay said, “In the film, I am essaying the character of an alcoholic college professor named John Durairaj, who is transferred to a juvenile school, that’s where he meets his archnemesis – Bhavani, played by Vijay Sethupathi who has been using the children of the school in question for his own personal profit. I am certain that the interesting duel between John and Bhavani will take the audiences on a roller-coaster ride of action, and drama. I am glad that the fans can enjoy the film on Amazon Prime Video in India and across the world.”

Sharing his excitement for the film’s digital premiere, writer & director Lokesh Kanagaraj said, “MASTER film has brought two very strong actors face to face in the film, that serves as great entertainment hook for people to come and watch the film in theatres. However, with the film's global digital release on Amazon Prime Video, we are hoping to reach a wider audience that’s been at home, and reach regions that otherwise wouldn’t have been possible. It is extremely fulfilling as a filmmaker to have the film's global digital release on Amazon Prime Video – audiences from across the world can enjoy the movie starting the 29th of January .”

An alcoholic professor is sent to a juvenile school, where he clashes with a gangster, who uses the children of the school for criminal activities.