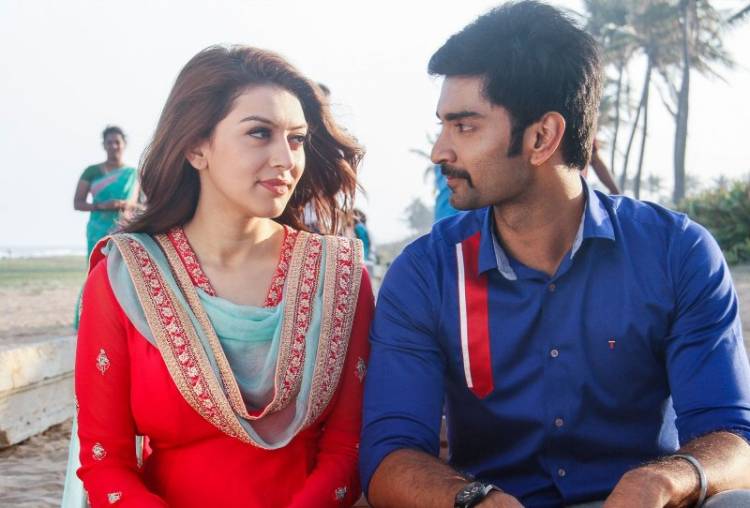 Few films happen to be a ‘First-Time’ coincidence for the team and eventually, it results in a tremendous success. Well, Atharvaa Murali starrer “100” turns to be ample evidence to it as this film marked the first time for many among the team. Far-famed for making comedy capers, filmmaker Sam Anton unleashed his potentials into the unexplored zone of ‘Edge-seated Thriller’ with this film. On the other hand, this exhibited the handsome Atharvaa Murali in a never-seen-before cop role. Now the film’s success has stretched itself onto a important landmark of 50 days.

Director Sam Anton says, “This season keeps me in a much delighted state of mind. After working hardly together as a team, we are now happy to see that “100” has reached the stature of organic success and to see the theatres screening the film even after many new arrivals across Fridays. Well, it’s a first attempt that I wanted to give a try stepping out of my comfort zone, but for Atharvaa Murali, it’s not new. He is someone, who proved his brilliant graph as an actor in many films. To be honest, it’s his screen presence and dedicated performance that enhanced the film’s impact. I thank my producer Kaviya Venugopal madam and Mahesh sir of Auraa Cinemas for banking their trust on this script and extending an unconditional support to materialize it. Hansika Motwani, Yogi Babu, and almost everyone in the film offered a commendable show. Sam CS has become the inseparable buddy to ‘Thrillers’ and with “100”, he nailed it down perfectly with BGM and songs. Krishnan Vasant’s cinematography and editor Ruben’s crisp cuts elevated the best of its kind for this film. The release across Tamil Nadu got bigger with the golden hand of GGURU Sri Mishri Enterprises - C.S. Padamchand Jain, who took the film to a greater reach.”

Sam Anton’s yet another directorial “Gurkha” scheduled for release soon has already become the sensation with its chartbuster album, fun-filled visual promos.

Ekta Kapoor makes it to Variety’s ‘500 Most Influential’!

From being the Czarina of Indian television, being a producer who changed the game...