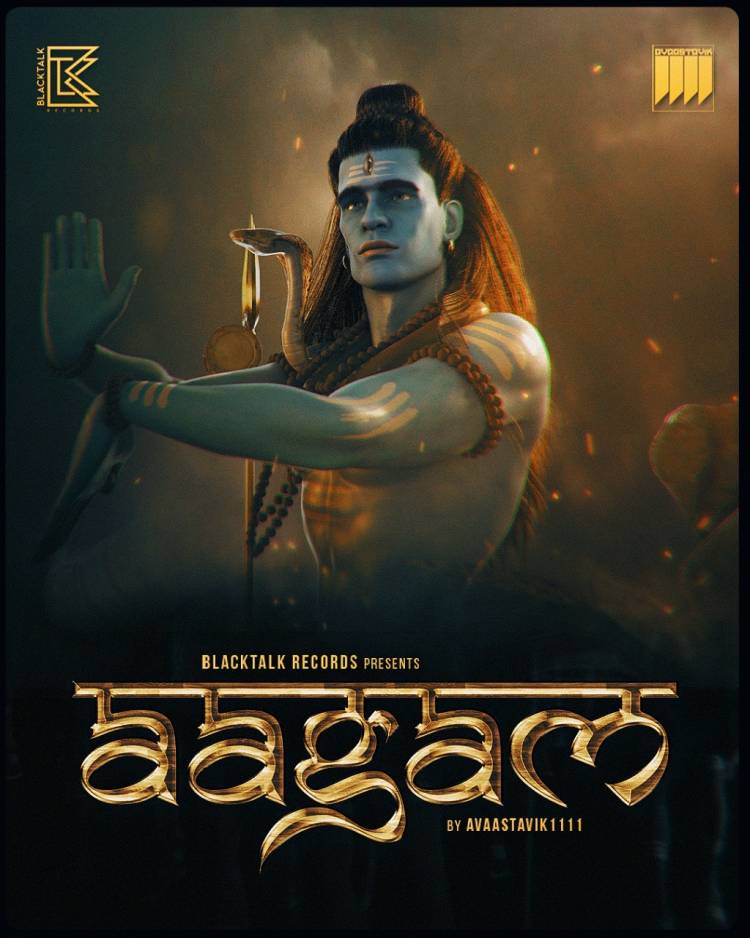 The music startup is planning to explore the possibilities of chenda melam in the next project.

Music startup BlackTalk Records is happy to see the breathtaking response for their latest venture Aagam, a tribute to Lord Shiva by artiste Avaastavik. The music video, based on the concept of ‘ananda thandava’ accompanied by psytrance beats and amazing VFX, would take viewers to a parallel universe.

Avaastavik, a native of New Delhi, started BlackTalk with his childhood friend Jathin Nirman in 2018. “While Jatin wanted to launch a startup, I yearned for music. During one late-night drive, we discussed the possibility of combining them and thus happened Blacktalk, a ‘localised and indie’ record label,” says Avaastavik a.k.a. Shazib Khan.

BlackTalk aims to encourage upcoming talents in Indian music genres like psytrance that are popular outside. “Why shouldn’t we nurture it here? That was our trigger. We promote unique talents from across India.”

Their themes are mostly regional. One of Avaastavik’s earlier compositions Sati takes a look at the historical practice. Another artiste Elcor, a DJ, sound engineer and record producer who hails from a conservative background, experiments with field recording and live instrument. He has done Dawen. VNK (वॆंnk) from Pune focuses on genres like Bigroom, House and Psytrance. His Dhukka about Lord Krishna had gone viral. Charles Victor, who became ‘top music producer in India’ on ReverbNation, has done Maya. Kolkata native DREADLEE’s heart lies in Trap, Hybrid, Dubstep and has done Holy. Adicció a.k.a. Sahil Yadav, a DJ, multi-genre producer and musician, released Cry on my own feat. Shobhit Chauhan in 2019. DJ More a.k.a. B 40 who did Train to Agra is known for aesthetically blending various genres.