Boney Kapoor and Zee Cinema come together to release ‘It’s My Life’, a Hindi remake of the blockbuster Telugu film ‘Bommarillu’ 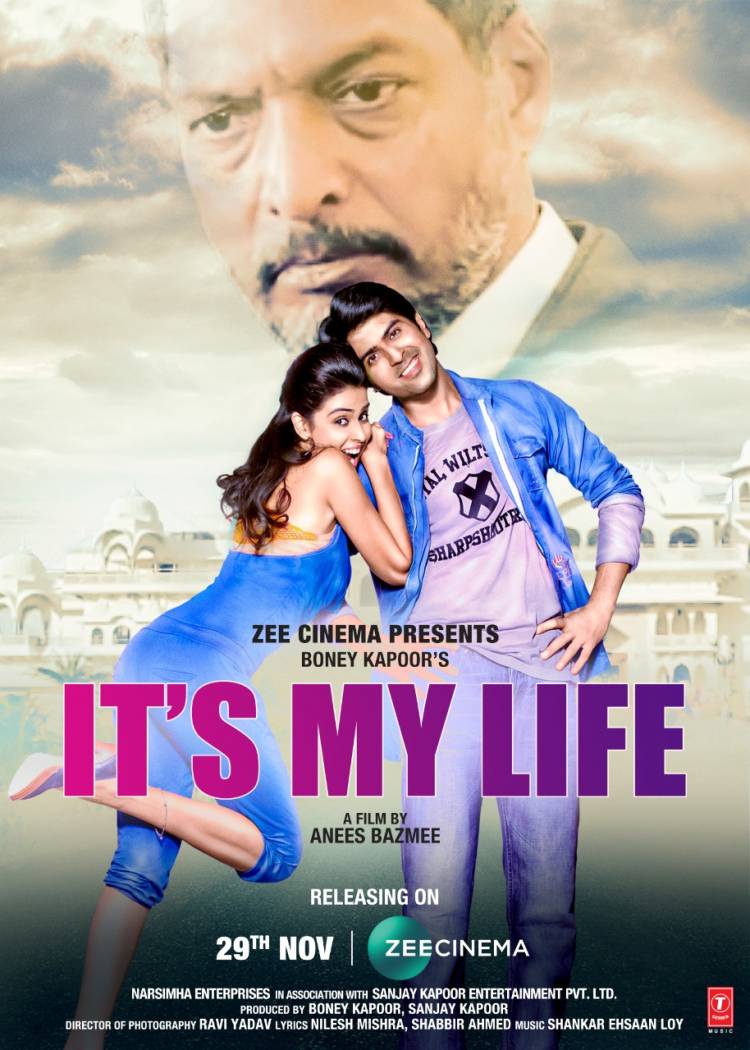 Boney Kapoor and Zee Cinema come together to release ‘It’s My Life’, a Hindi remake of the blockbuster Telugu film ‘Bommarillu’

Boney Kapoor and Zee Cinema come together to release ‘It’s My Life’, a Hindi remake of the blockbuster Telugu film ‘Bommarillu’, this November

Known for their relatable, comical yet poignant style of storytelling, the two powerhouse of talent, Boney Kapoor, producer of wholesome entertainers like Mr. India, Judaai, Wanted and Mom and Director Anees Bazmee, known for superhit films like Singh is Kinng and Welcome Back, have time and again given some of the most enjoyable on-screen experiences. And, having delivered the blockbuster movie No Entry together, the duo is all set to mesmerize the viewers yet again with this light-hearted film. The movie revolves around the relationship between a father and a son, in which the father’s excessive concern and interference in his son’s life, creates situations which make the film a very relatable family entertainer. Giving you a sneak peak of the family drama produced by Boney Kapoor and Sanjay Kapoor, the makers dropped the trailer of ‘It’s My Life’ today.

An official remake of the blockbuster Telugu film ‘Bommarillu’, the family drama will witness Nana Patekar play the iconic character of the overbearing father portrayed by the South Indian superstar Prakash Raj. Along with him the movie features Harman Baweja, Genelia D’souza and Kapil Sharma amongst others. With the renowned filmmaker Anees Bazmee in the director’s chair, the movie promises a fun filled entertainment with high voltage family drama, rib tickling comedy, heartwarming emotions and picturesque locations. The movie’s peppy and soulful music album is composed by the sizzling trio - Shankar Ehsaan Loy while the lyrics have been written by Nilesh Mishra and Shabbir Ahmed.

Sharing his excitement about the release, Producer Boney Kapoor shared, “The film was made with the thought of highlighting unadulterated family equations and complexities, a genre that most of us enjoy, including me. The movie beautifully showcases the relationship dynamics  between a father and son from the time the child is born to becoming an adult and taking up responsibility. It brings about such strong, heartwarming and relatable emotions that will surely strike a chord with the viewers. Television has always been a great way to reach out to a wide set of audience and we are glad to share our movie for the first time ever with the viewers. Partnering with Zee Cinema for the direct to TV release has been an absolute joy as we believe it’s the perfect family entertainment channel to be showcasing this film. Hope the viewers enjoy the movie along with their family at their comforts of their homes.”

Speaking about the movie, Director Anees Bazmee said, “Whenever I decide to take up a script, I always put myself in the audience’s shoes and look at things from their point of view if its entertaining or not. Packed with double dose of laughter, drama, romance and a spectacular star cast, It’s My Life is a perfect entertainment package that will melt your heart and spread cheer at the same time. This movie is quite special for me and I am sure with its TV release it will brighten up everybody’s mood especially at these unprecedented times.”

Boney Kapoor’s ‘It’s My Life’ is all set to release on your TV screens this 29th November on Zee Cinema!

#KalathilSandhippom single #YaarAnthaOviyathai gets a good response frm the audience....

Actress #AmrithaAiyer looks beautiful in these recent pictures of her.