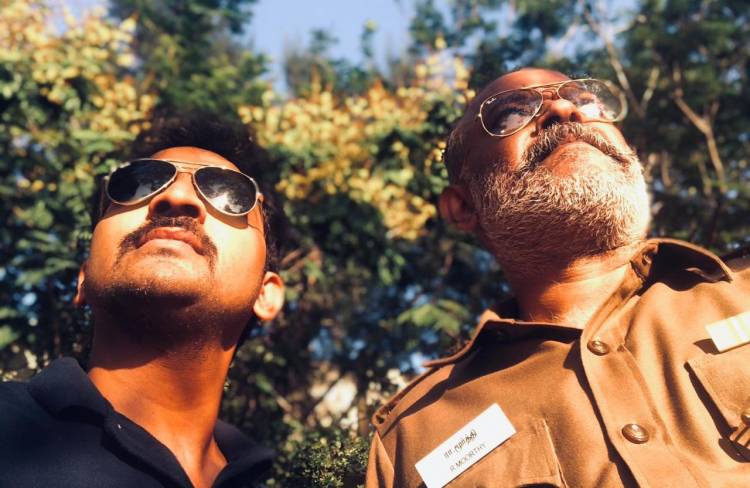 The film, which is the second one to be produced by his production house, has actor Vaibhav playing the lead as a police officer. This is the first time that Vaibhav is playing a cop in a film. Actress Vani Bhojan plays the female lead in the project, which also features actresses Eswari Rao and Poorna in important roles.

More interestingly, the film, Shvedh Production No2 will have director Venkat Prabhu playing the villain for the very first time. The fact that the film has such an interesting star cast has raised expectations from the film among both fans and film buffs.

The suspense thriller is being directed by S G Charles, a former associate director of director Mohan Raja. Charles is making his debut as a director in Tamil cinema with this film that is yet to be titled.

Almost 70 per cent of the film has been completed as of now and shooting is progressing at a brisk pace.

Music for the film is being scored by Arrol Correli and cinematography is by Santhanam Sekar. Editing is by Anand Geraldin and art direction is by Anand Mani. Stunts for the film have been choreographed by Miracle Michael.

The film's first look and title poster will be out soon.

Happy to reveal the film title #TheNight for #GoodHopePictures...