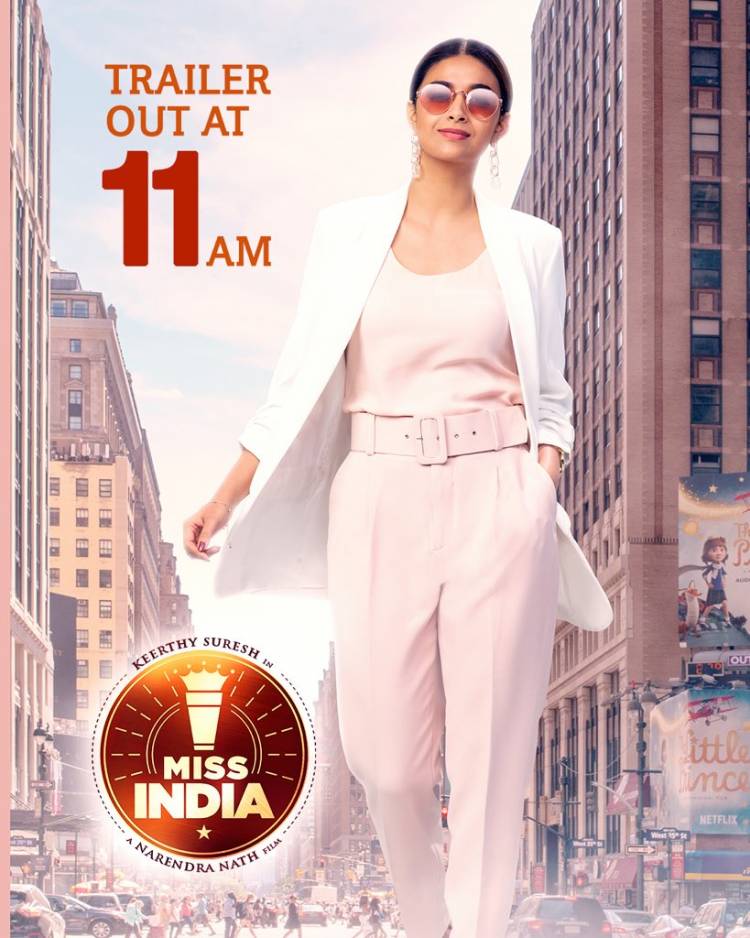 KEERTHY SURESH IS MISS INDIA!
The National Award winner headlines the latest Telugu film, Miss India, releasing exclusively on Netflix
on 4 November, 2020
Trailer Link here
Images here
Mumbai, 24 October, 2020: Netflix today released the trailer of the upcoming Telugu film, Miss India,
headlined by Keerthy Suresh. The drama, which is helmed by debutante director Y. Narendranath, will
premiere exclusively on Netflix on November 4, 2020.
Miss India traces the journey of Samyukhta Manasa (Keerthy Suresh), a young passionate girl who, in
an attempt to fulfill her grandfather’s dream and her own childhood ambition, reinvents herself as she
moves to the USA, setting up a successful business in tea. In the process, she goes head to head
against the illustrious coffee honcho, while fighting betrayals, adversaries and resistance from her own
family.
With Miss India, Keerthy Suresh takes us all on an inspiring journey of a powerful self-made business
woman in an unknown country. The film is also dubbed in Tamil and Malayalam.
Speaking about the film, Keerthy said, “Miss India is the beautifully crafted story of Samyukhta, who is
determined to not let anything stop her from achieving her dreams . I’m glad this film is releasing on
Netflix to a global audience because I feel like it will encourage and inspire many young women to
follow their hearts and passions, regardless of the language that they would watch it in. ”
Also featuring: Jagapati Babu, Nadia Moidu, Rajendra Prasad, Naveen Chandra, VK Naresh, Pujita
Ponnada
Producer : Mahesh S Koneru
Director :Y.Narendranath (Debut film)
Writer: Tharun Kumar & Y.Narendranath
Screenplay: Y.Narendranath
Music : S. Thaman
About Netflix
Netflix is the world's leading streaming entertainment service with over 195 million paid memberships
in over 190 countries enjoying TV series, documentaries and feature films across a wide variety of
genres and languages. Members can watch as much as they want, anytime, anywhere, on any
internet-connected screen. Members can play, pause and resume watching, all without commercials or commitments