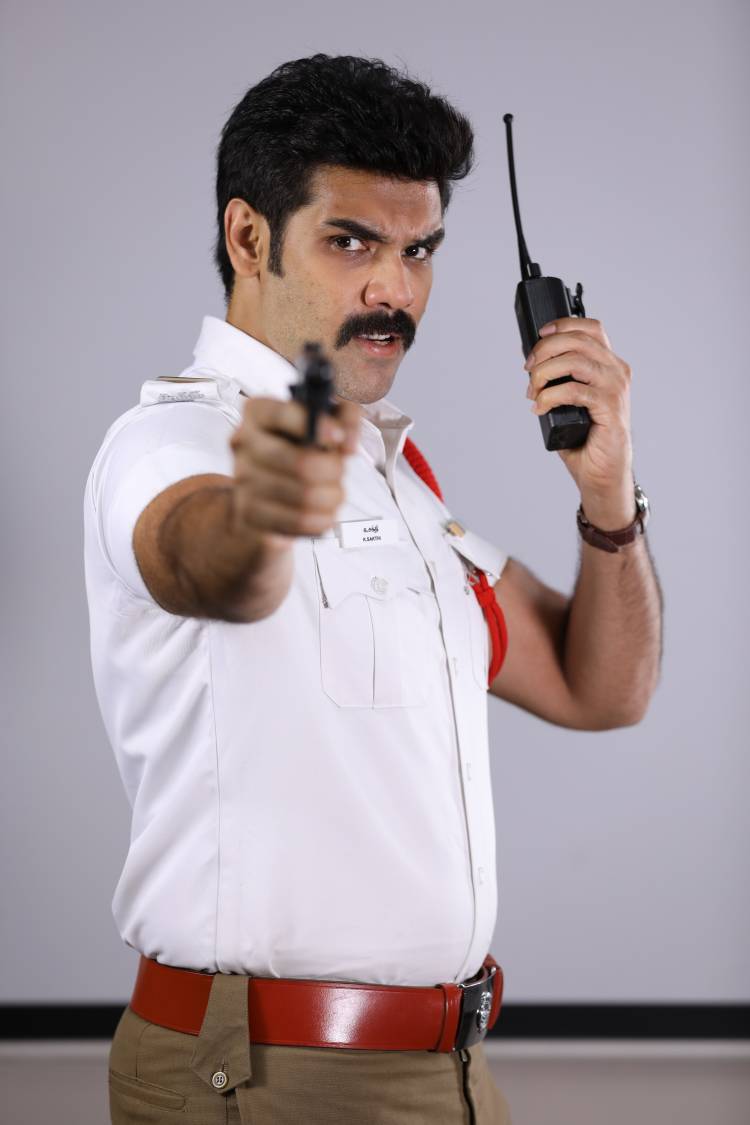 Actor Sibiraj, who has been giving his best in each film with content driven stories is on the rise of stardom. The actor’s current film Kabadadaari has already got good expectations upon it. With the actor celebrating his 36th birthday today (October 6, 2020), the team Kabadadaari has gifted him an unexpected surprise. This is all about actor Suriya releasing the first look of this film, which was completely kept away from Sibiraj’s knowledge till last night. The actor was surprised when he came to know about this and his happiness on this special day keeps brewing more as he thanks actor Suriya’s great gesture of supporting this film. It’s not just Sibiraj, but his fans are also delighted to have the first look released by a great actor like Suriya on this special occasion.

As everybody knows, the entire industry was shut down for a very long time due to COVID 19 related issues. With Government making some relaxations for the production and other film related works to resume with proper guidelines and rules, Kabadadaari resumed and completed the shooting in 3 days. Right now, the post-production work is on full swing. The plans are going on to release the movie, once the theatre operations are back on full swing.

Kabadadaari is produced by G Dhananjayan and Lalitha Dhananjayan. Pradeep Krishnamurthy is directing this film, Simon K King is composing music and Rasamathi is handling cinematography.

#Kabadadaari First Look is here with Birthday wishes to @Sibi_Sathyaraj.

Magic of music comes alive in Karnataka with Zee Kannada’s...

Over the years, Zee Kannada’s leading show Sa Re Ga Ma Pa has emerged as a prestigious...