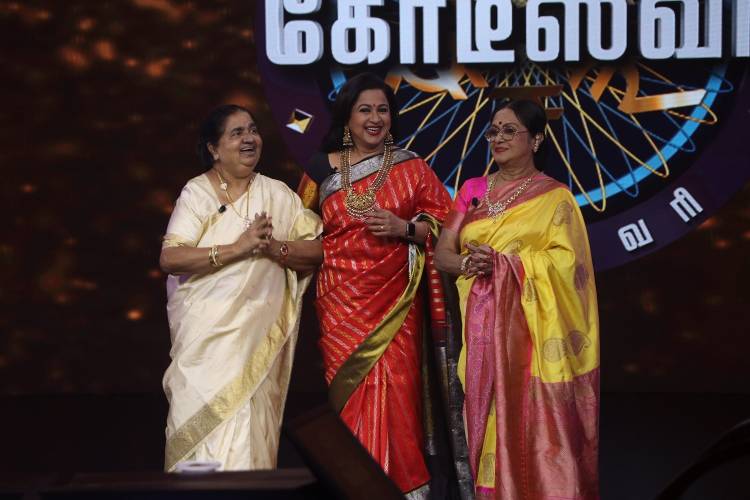 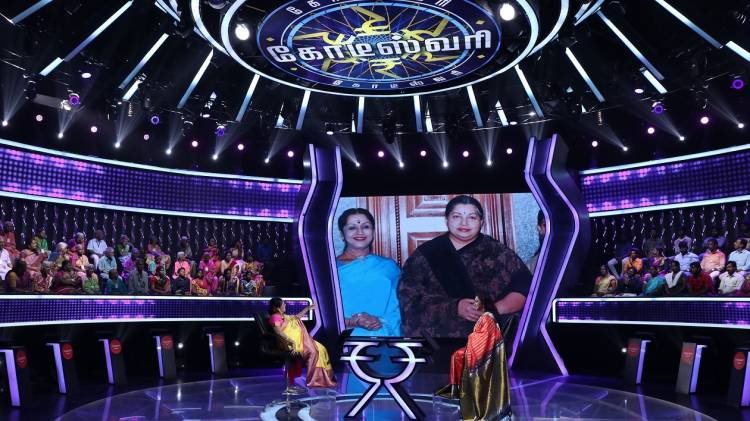 Tune in this Thursday, Feb 13th at 8 p.m. on COLORS Tamil to watch the Queen of Tamil Cinema on your favourite quiz show

After winning the hearts of viewers since its launch in December, the first season of COLORS Tamil’s Kodeeswari will come to an end this week on Valentine’s Day. The finale week promises to be a blockbuster one with nail-biting moments,  heart-warming stories and a very special guest. Watch none other than the queen of Tamil Cinema, the legendary actress Padma BhushanDr. B. Saroja Devi grace the hot seat this Thursday, February 13th at 8 p.m. only on COLORS Tamil. Viewers can also tune in any time on Voot to watch this special episode.

Since its launch in December 2019, Kodeeswari has received an overwhelming response from its viewers. Fans have loved the show especially for giving wings to the dreams of many ordinary women across the state. Episode after episode, contestants would go back home feeling empowered and ready to take on the world. Our first 1 Crore winner Kausalya and contestants like Easwari and Swetha became household names by sharing their stories and proving their grit and determination by being true examples of woman empowerment. The show also saw some real life heroes come forward and participate to give back to the community and support causes.

The special episode in the finale week of Kodeeswari, will see acclaimed actress Saroja Devi, accompanied by Geetha Radha (Radikaa’s mother), playing for the Anandham Charitable Trust, a Home for Senior Citizens. The KannadathuPaingili will be seen sharing happy memories and experiences while working with stalwarts like NTR, Nageshwara Rao, Dilip Kumar, Sunil Dutt, Rajkumar and our own PuratchiThalaivar MGR and NadigarThilagamSivajiGanesan. AbinayaSaraswathi even shared tales of her special bond with M. R. Radha, MGR and PuratchiThalaivi J Jayalalithaa.

The show promises to be gripping as she answers questions like a champion and takes the audience on a nostalgic ride by mimicking evergreen songs “Thotal Poo Malarum”, UnnaiOndruKepen”, “Love Birds” and “ChituKuruvi”.
As all good things must come to an end, so does Season 1 of Kodeeswari on Friday, February 14th. The show will be back with a second season after a short break. Watch this space for more!