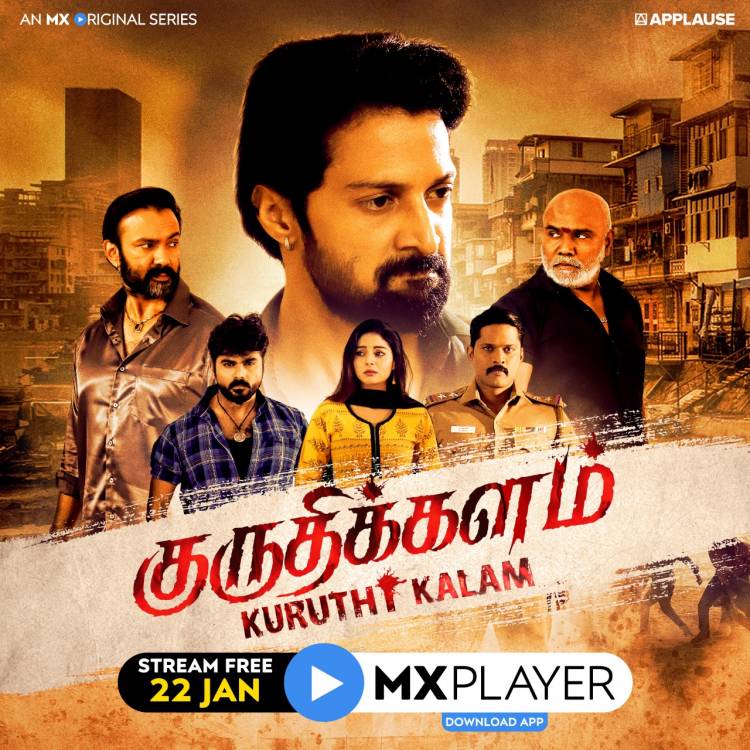 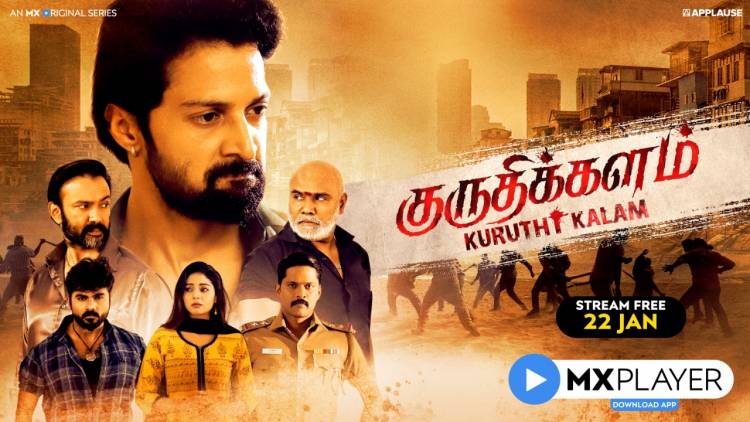 MX Player Drops the Trailer of its latest Tamil crime drama ‘Kuruthi Kalam’
Directed by Rajapandi and Danush, this MX Original Series is set against the fictional backdrop of brutal gang wars in Chennai
With high octane action and power packed drama, the series releases exclusively on MX Player starting 22nd January
Mumbai: 21 January 2021 – They say you can choose your destiny, but you cannot choose your enemies. Such is the brutal story of two young men, who start off together on the right path but end up fighting a bloody battle at the cost of picking between their duty or destiny. Action, crime and drama with the underlying hint of a power play between two strong adversaries is the recipe for a perfect entertainer and the Indian super app for entertainment - MX Player brings viewers all this and more in their latest Tamil MX Original Series - ‘Kuruthi Kalam’.
Kuruthi Kalam is produced by Applause Entertainment in association with Arpad Cine Factory and the drama series has been written by Danush, K Mohan, Vignesh Karthick, Kishore Sankar and Kaviraj. The 13 episodic series is directed by Rajapandi and Danush, and the series launches exclusively on MX Player starting 22nd January.
The show revolves around two rival gangs, who, with a history of violence rule the roost in Chennai. An upright youngster, Vijay (Played by Santhosh Prathap), is pulled into their never-ending power play and has to give up his hopes of becoming a police officer when he resorts to violence. As he rises in stature, his enemies also loom large, from his cold-blooded nemesis, Kumar (essayed by Ashok Kumar), to his once-best-friend, Sub Inspector Arun (Played by Soundara Raja).
On the series, the director Rajapandi said, “Crime dramas are a genre that audiences are loving these days and this web series depicts a wide range of emotions - from revenge, to betrayal, and sacrifice - it has an essence of all things entertainment.”
Danush further added saying, “It’s a binge watch kind of format and I am grateful to all the cast and crew who have so beautifully managed to pack all this action and drama into the 13-episodic show.”
The riveting series also sees actors Marimuthu, Vincent Asokan, Srikanth, Sanam Shetty and Eden Kuriakose in pivotal roles as well.
Watch the trailer now – http://bit.ly/KuruthiKalam_OfficialTrailer
Stream the show for free from 22nd January 2021 only on MX Player

Stay connected with us on:

MX Player is an entertainment super app that caters to over 200 million Monthly Active users in India, integrating all forms of entertainment on one platform – including video playback, streaming video, music and gaming. Defining “everytainment” for viewers with entertainment that suits every mood, it currently operates on an ad supported model and hosts a wide library of over 2,00,000 hrs of premium content across 10 languages, including a critically acclaimed slate of MX Original/ Exclusives, movies, web series, TV shows, news and audio music. The app is available across Android, iOS, Web, Amazon Fire TV Stick, Android TV and OnePlus TV amongst others.

Having launched its gaming feature in February 2020, Games on MX Player has grown exponentially with 25m Monthly Active Gaming Users and this tournament style slew of hyper casual mobile games is now available across its Android and iOS apps.

From the stable of Times Internet (the digital venture of Times of India, India's largest media and entertainment group), MX Player has now spread its footprints across 12 markets including UAE, US, Canada, UK, Australia, New Zealand, Bangladesh, Nepal, Afghanistan, Srilanka, Maldives, and Bhutan.  MX has further expanded its business with the launch of its short format video app MX TakaTak - a home-grown platform that offers a wide variety of short form content and creation tools across genres that is home to the largest number of 15Mn+ digital influencers as well as MX ShareKaro that is an easy-to-use file sharing app with rapid transfer speed.

Check out the posters of upcoming Tamil movie "Sarkar", directed by A. R Murugadoss...