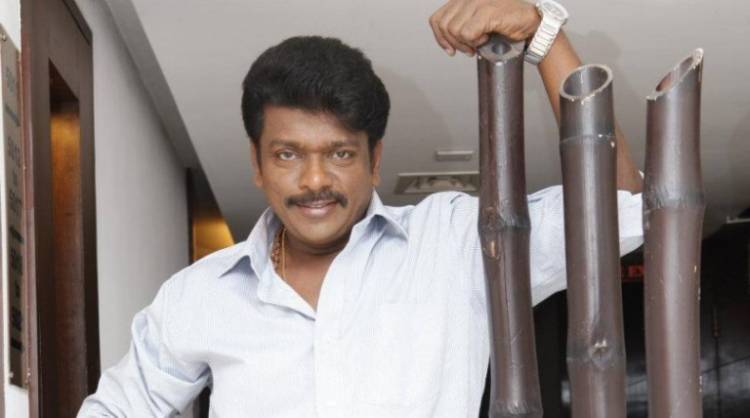 The word “Radhakrishnan Parthiban” has been one of the most attractive brands across the decades in Southern Cinema. The spectacular firebrand has carried itself beyond these boundaries at many times for being ‘Different and Exceptionally Creative’. While star-values and big league technicians had the charm to pull in crowds to theatres, he has been a one man army getting them indulged in his engrossing entertainers. The versatile icon is back to enthrall us with his much trademarked style in “Oththa Seruppu Size 7”, which has already occupied the predetermined watch list of film buffs. More than all these factors, CBFC’s certification of ‘U’ has it much eligible for the universal audiences to watch the film.

Writer-director-actor Radhakrishnan Parthiban says, “When I usually write a script and develop it, I don’t keep the certification process in mind. I believe that by compromising, the script would lose its impact. Oththa Seruppu Size 7 was written in the same manner and I am happy that it has got ‘U’ from CBFC. According to me, a film has couple of certification processes, one from censor board and another is the general audiences. I am now curiously waiting like a student to present my project to them and we will be announcing the release date shortly.”

The film might be getting credited or noticed for its ‘Single character’ factor, but according to Parthiban, it has lots of characters. “Yes, every technician is a character here. Santhosh Narayanan’s music, Resul Pookkutty’s Sound, Amaran’s art work, and Sudharsan’s editing will be personified as characters themselves. As everyone knows, there have been few films on the International platform based on this concept and there have been many reasons for its successes, but if Oththa Seruppu Size 7 is getting recognized by all, it’s all due to a wonderful team of technicians. When I happened to see the final output, it was definitely a version that exceeded my expectations.”

Here is the CDP to celebrate the birthday of the talented...

Shahid Kapoor is all set to play a young, angry surgeon in his upcoming film Kabir...