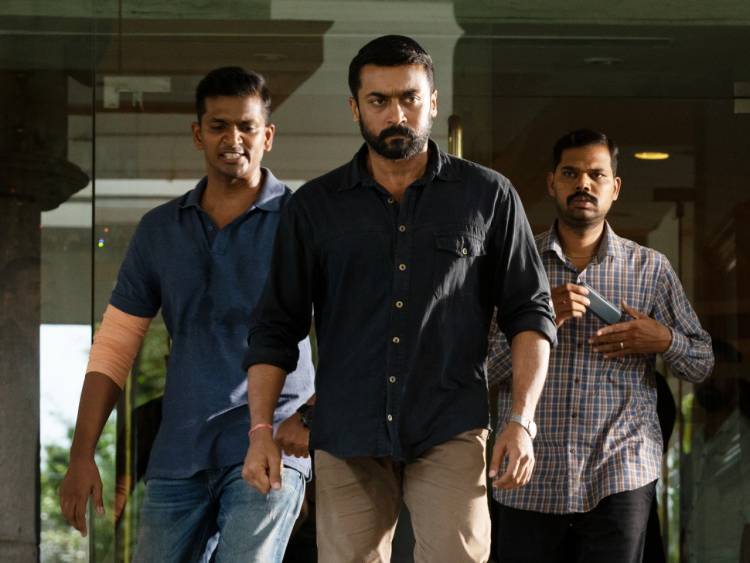 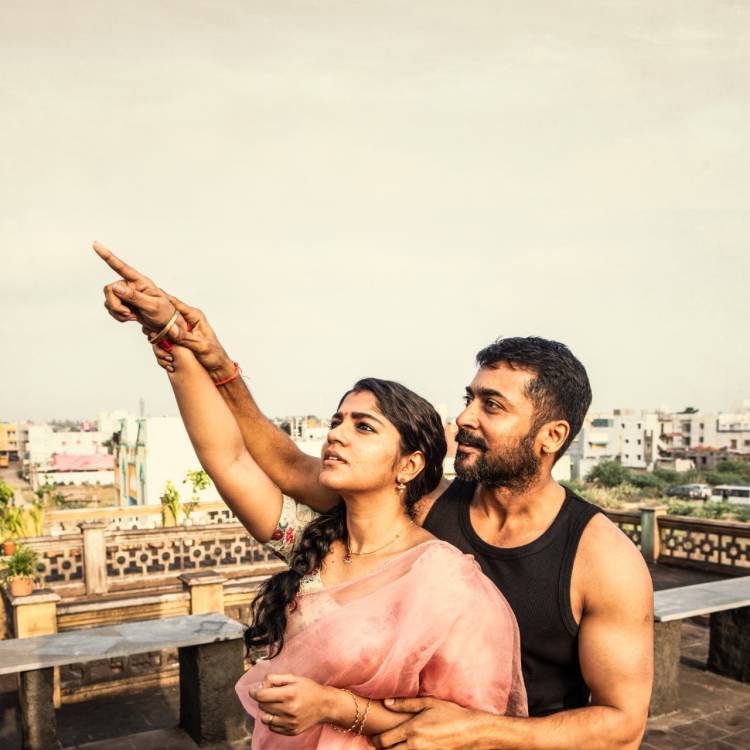 As highly anticipated Amazon original film Soorarai Pottru, a fictionalised adaptation of the book “Simply Fly” gears up for it world premiere on Amazon Prime Video, Suriya launched a special poster at the highest possible altitude. Just like the life of Captain GR Gopinath, a retired Army captain and founder of the low cast airline Air Deccan, who sold flight-tickets at rupee 1, the spirit of the film is also marvellously filled with determination and making the impossible, possible. Taking this theme forward, the out of this world poster of Soorarai Pottru comes as a tribute to all of Suriya’s fans who have been collectively pouring in their love and support for the much-awaited film.

The poster was launched at 34000 ft above sea level at -62°C, making it a first of its kind in the Indian entertainment space. Not only that, from a recently conducted engaging activity with Suriya signatures of over 10,000 fans out of the 58,000 signatures received were also included in the space launched poster. Suriya shared the unique video along with an extra special message for all his beloved fans. Suriya said, “It is incredibly humbling and overwhelming to see the love the movie has received even before launch. I want Soorarai Pottru and this unique tribute to be a reminder for all my fans that it is possible to achieve your dreams however big it may be and even the sky is not the limit! I’m looking forward to the release of the movie and the audience’s reactions to it.”

Giving wings to the extraordinary chronicles of a fearless rebel, the emotionally-charged action drama is all set to entertain this Diwali. Directed by Sudha Kongara, Music by GV Prakash, Cinematography by Niketh Bommi and produced by Suriya, it also stars Aparna Balamurali, Mohan Babu, Paresh Rawal in prominent roles. The film is produced by 2D Entertainment and Co-Produced by Rajsekar Karpoorasundarapandian (2D) and Guneet Monga’s Sikhya Entertainment and will be available in over 200 countries and territories to stream in Tamil, Telugu (as Aakasam Nee Haddura in Telugu), Kannada and Malayalam from today only on Amazon Prime Video.