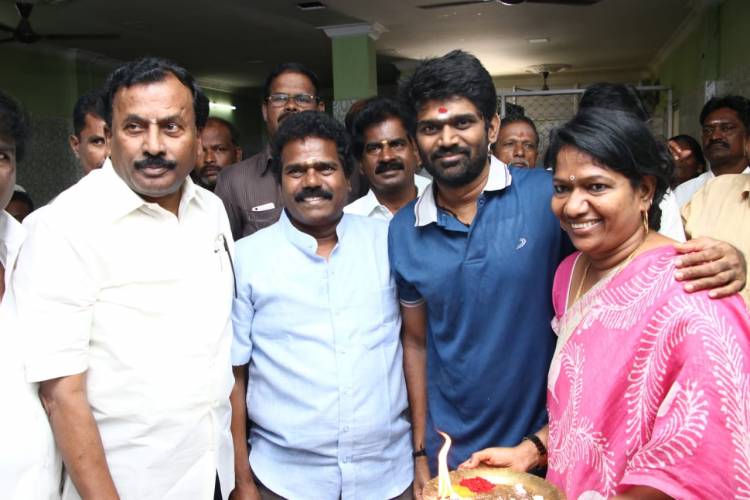 In Various language more than 40 movies worked as cameraman, then Tamil movies like Azagi, Solla marandha kadai, Pallikoodam, Onpathu rupay nottu, Kalavadiya polutukal etc..these movies has been directed by Thankar bachan, Now he is going to start up new movie project as director after a long gap, since he casted Satyaraj, parthiban, Cheran , prabudeva they all played unique character roles in his previous movies, as we can say he is one of best and unique director and great script writer for Tamil film industry, now he started with new project and he is going to introduce his son Mr. Vigith bachan as HERO in our Tamil film industry.

Since he has been directed and focused on village stories with deep rooted sentimental and family subjects, now for a change he’s going to direct massive bash commercial entertainment hit with comedy mixed story which will be based on Chennai city life.

Film shooting was inaugurated by our former Chennai city mayor and opening ceremony of camera was start up by Human rights Chairman Mr. Saidai Duraiswamy. Business man Steve Borgia clapped for first shot. And leading technician, actor and actress are invited for inauguration, entire film shooting is in Chennai in single schedule to go.

Ek Do Teen' song teaser from Baaghi 2 OUT now!