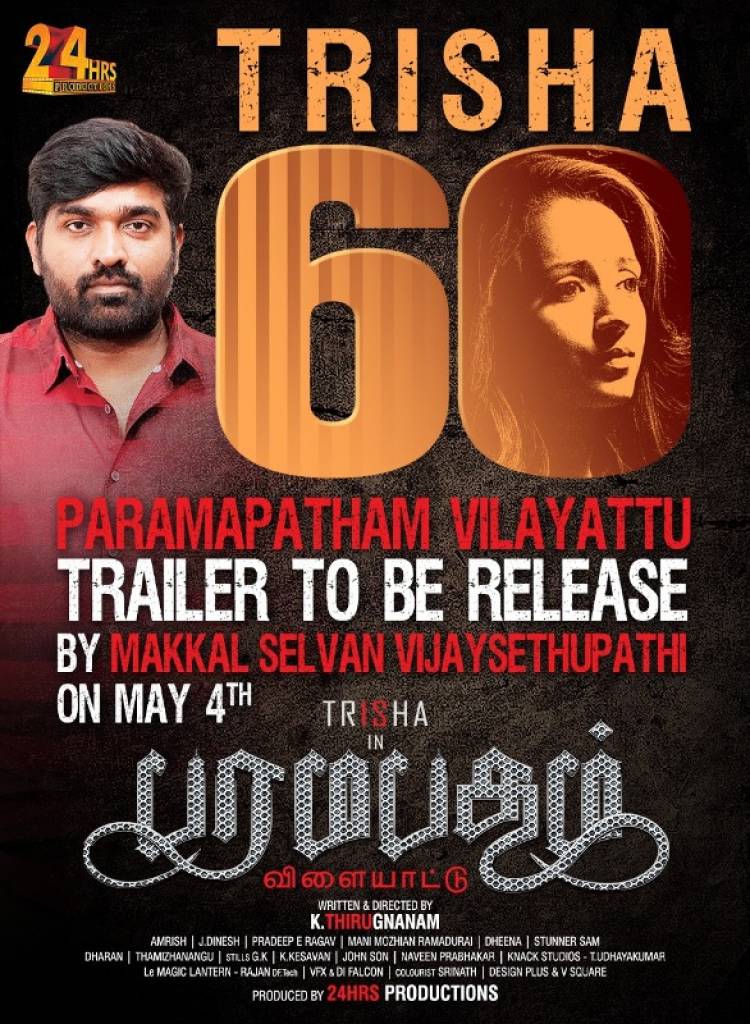 Actress Trisha has strived and proved her stature of being the topmost heroine across the South industry. This birthday (May 4) is definitely going to be a special moment for her and fans as the much awaited trailer of her film “Trisha 60” titled “Paramapadham Vilaiyattu” trailer will be released on the special occasion along with the second look.

Actress Trisha, who is so much happy about this special delight for birthday says, “May 4 is always special to me as it marks my birthday, but this year is definitely very special to me as the trailer and second look of my 60th movie ‘Paramapadham Vilaiyattu’ is getting launched.

Paramapadham Vilaiyattu is a political thriller and this is the first ever time, I am part of a film that belongs to this genre. I am sure; this will be liked by all kinds of audiences. The film has a mix of thriller, revenge, action and emotions involving mother and daughter.

I am curiously looking forward to your response for this film’s trailer. The film will be getting released shortly. Get ready to enjoy.”

Paramapadham Vilaiyattu is written and directed by K. Thiru Gnanam. The film is produced by 24HRS production with Amrish composing music. The film has Richard and Nanda playing important roles.

Makkal Selvan "Vijay Sethupathi" to launch the trailer of "Paramapatham Vilaiyattu" tomorrow (May 4).

Vijay The Master has entered in its release week and the anticipation for this movie...

Television actor Divya Bhatnagar, 34, passed away on Monday, December 7 due to COVID-19....