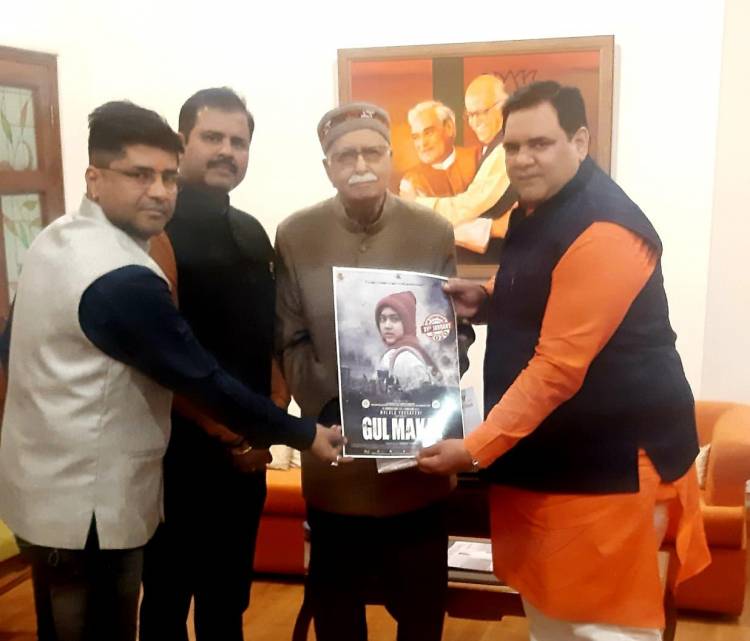 Ever since the announcement, H.E. Amjad Khan’s Gul Makai has been making to the headlines for all the right reasons. Based on the life of Malala Yousafzai, the movie follows the courageous journey of a young girl who spoke against the most dangerous terrorist organization, Taliban who had banned education for women and children in her native Sawat Valley in Northwest Pakistan. The Pakistani education activist and Nobel laureate became the youngest person to be awarded the Nobel Peace Prize.

Recently, BJP leader Lal Krishna Advani was clicked inside the BJP Headquarters promoting the movie. In the photo that has gone viral on social media, Advani can be seen holding the poster of Gul Makai along with a few BJP members.

While the Reem Shaikh starrer is all set to release on 31st January in India, about a year ago, the UN had held a special screening of Gul Makai in London. The movie has piqued the critics as well as audience’s interest with its powerful trailer and soulful songs.

A big treat for all MTV fans is coming soon!

I want to act with Mohanlal, says Siddhartha Lama

Mohanlal and Siddhartha Lama who played the roles, Ashokan and Unnikuttan from Sangeeth...

Check out the song making video from Baanu, the song featuring actress Sujibala...

Shraddha Kapoor soars the heat in this winter with Dance Basanti item song from...