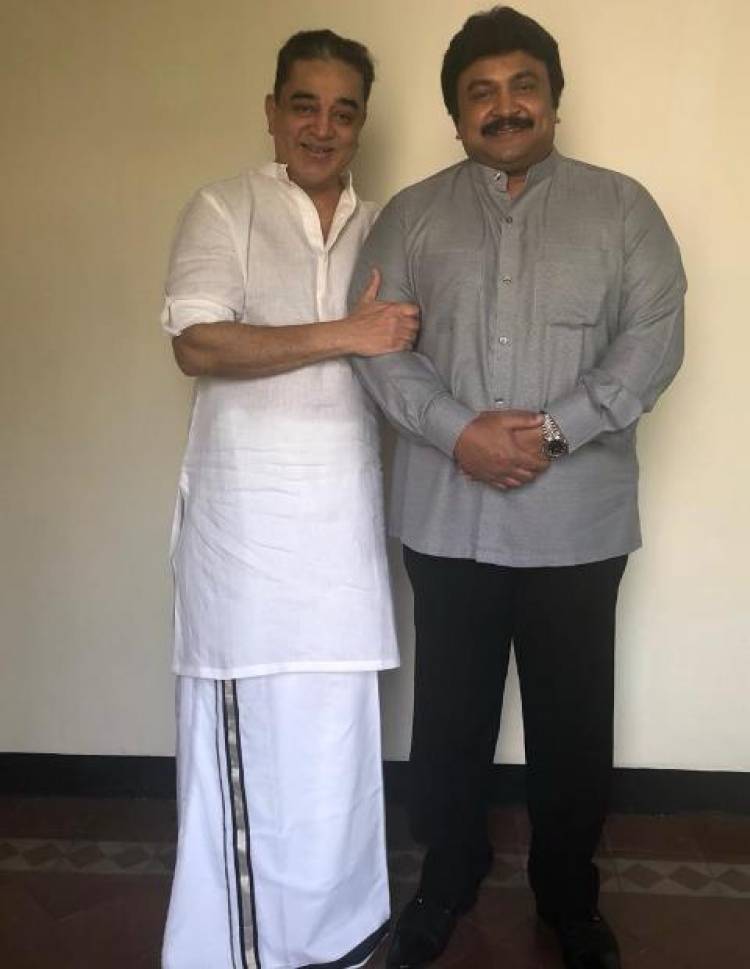 As reported earlier, Kamal will be unveiling his dad D Srinivasan's statue in his hometown amid his family and the villagers. D Srinivasan was a lawyer and a freedom fighter as well.

Kamal's daughters Shruti and Akshara are accompanying him on this trip. Also, his elder brother Charu Haasan can also be seen taking this trip.