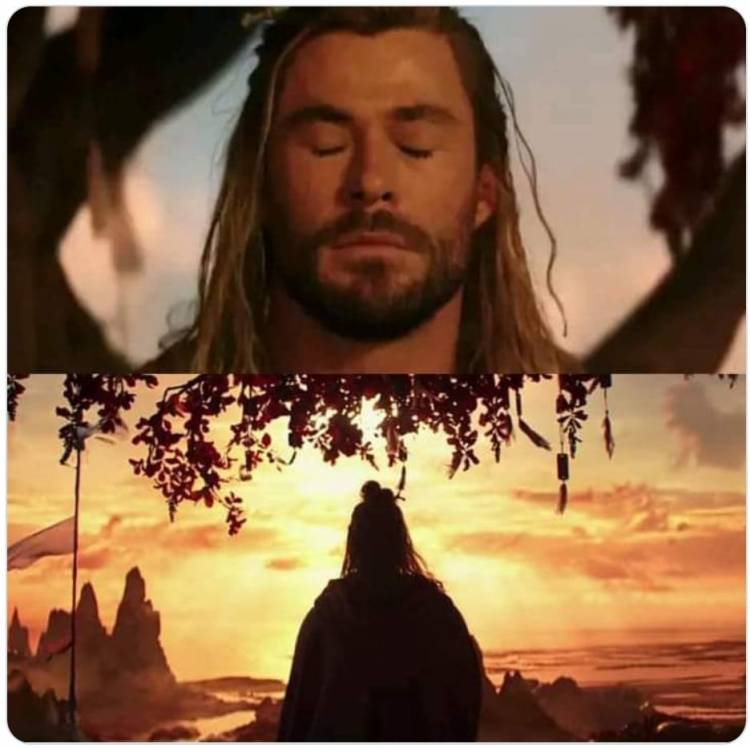 The first teaser for Thor: Love and Thunder finally descended from the heavens online and it has turned viral within just a few hours! In fact Indian fans have been commenting on social media how the film is connected to India by noticing the scene in which he meditates on a mountain, like a sadhu! .

Marvel Studios on Monday debuted the first teaser which reveals Thor’s journey to find inner peace, after the events of Avengers: Endgame. The first few opening scenes see the beloved star meditating, with looks and vibes similar to our very own Lord Shiva! Fans have been going crazy talking about how the teaser is inspired by India.

Sharing screenshots of the mountain-top meditation sequence, there have been various tweets such as, “Looks like Thor goes meditating like a Sadhu in #ThorLoveAndThunder.” Another fan commented, “Thor went to Himalayas to get away from Moh Maya and take the path of sadhu life and became a sanyasi after leaving his superhero life.” A third person commented, “Thor Meditating shown in the trailer is reminiscent to Art that depicts Bodisathva Meditating to attain Enlightenment…”

The action packed stylish and fun trailer is a hallmark of the true Taika Waititi form, who directed the popular Thor: Ragnarok and returned to the director’s chair for Love and Thunder. Looks like this film will set new benchmarks in India!

Marvel Studios 'Thor: Love and Thunder' will unleash in theaters on 8th of July in India in English, Hindi, Tamil, Telugu, Kannada and Malayalam.

About Thor: Love And Thunder