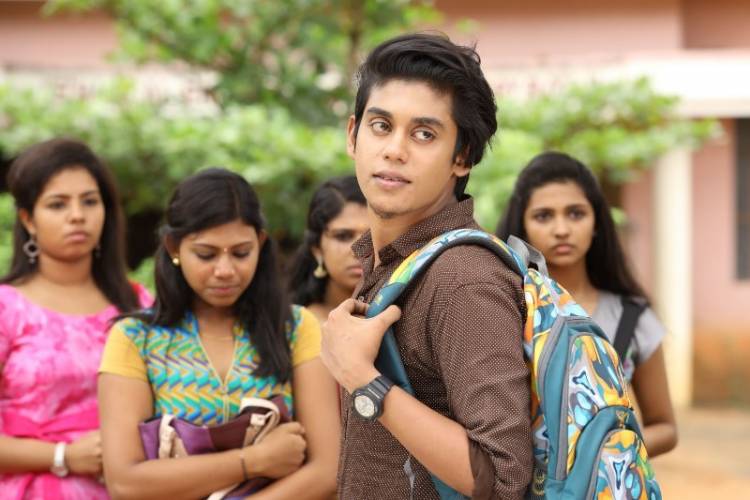 One who defeats Death and come back is portrayed as hero in cinema, but the real heroes are the ones who do it in real life. Such is the story of ‘Krishnam’, who fought, battled severely and won death. Sometimes, Reality has harsh and blunt truth than fictional drama laced with mystery. This is the story of a school boy Akshay Krishnan from Trissur Kerala. He isn’t just a talented student in academics, but happens to be a winner in debates, discussion, game and many co-curricular activities. He owns a stunning physique and charismatic face that attracts everyone. He was never seen distressed, sad or disappointed in his life and was a good inspiration to many students. Hailing from a wealthy family, he had every luxury in his life and going by flight was like placing his foot on next footstep. But his life took an unexpected turn on a day before the dance competition while rehearsing as he got his spasm on legs and was immediately rushed to hospital.

Akshay Krishnan himself narrates what happened next… “At first, they told me that I had Hernia problem and it can be cured with a small surgery. Sooner after medical checkup, I was told that it’s not just in stomach, but the water content is in exceeded quantity throughout my body. I was completely unaware about what they were saying and couldn’t believe what they were claiming as my body didn’t have any issues till then as I had so much energy despites having this issue. Even the doctors were surprised to see my body condition; nonetheless, my father was seen pressured. My father didn’t want to leave me like this and made doctors to fly from America and London to analyse and find solution to my health. They came and conducted several tests and each test had cost 8Lac rupees. After that, they informed us that my Kidney, Lungs and Spleen have been affected and the medical terms they mentioned couldn’t even be pronounced by me. Trichur based doctor gave a suggestion and clear picture about my health situation. The surgery was planned at Amirtha Institute of Medical Science Hospital in Cochin. The doctor who came to perform my surgery fainted and lost his consciousness and even my eyes blacked out. Even now the doctors from foreign countries are completely astonished by how the rare health disease that comes foe one in 10Lakh individuals and the heart problems got cured.”

Something like an unbelievable miracle happened to the doctor himself and Akshay Krishna is completely cured now and is going to abroad for higher studies.

Akshay Krishnan adds saying, “My father is an ardent devotee of Guruvayur Lord Krishna. He would regularly visit Guruvayur Temple on first of every month for past 40 years even when he was in abroad. Even during his stays in Russia and America, he would make sure of flying down to Guruvayur Temple to pay his respect and devotion. The biggest thing is that my father never revealed anything that happened till now to my mother. Soon after knowing about this, my mother became a shadow like protection to me.”

To showcase the wonderful miracle that happened in his son’s life by the graceful blessings of Guruvayur Lord Krishna, Akshay Krishna’s father has made this film so that everyone is enlightened about the blessings of the divine deity. Akshay Krishnan himself has played the lead role while Aishwarya Ullaas appears as his love interest.

“There is 90% and 10% fictional mix for the sake of cinematic package. The film will have a realistic yet filmy ingredients like friendship, love, family sentiments, spirituality, inspiration and good entertainment too,” says director Dinesh Babu about this film that is scheduled for March release.

Amazon Original Hostel Daze is back .....