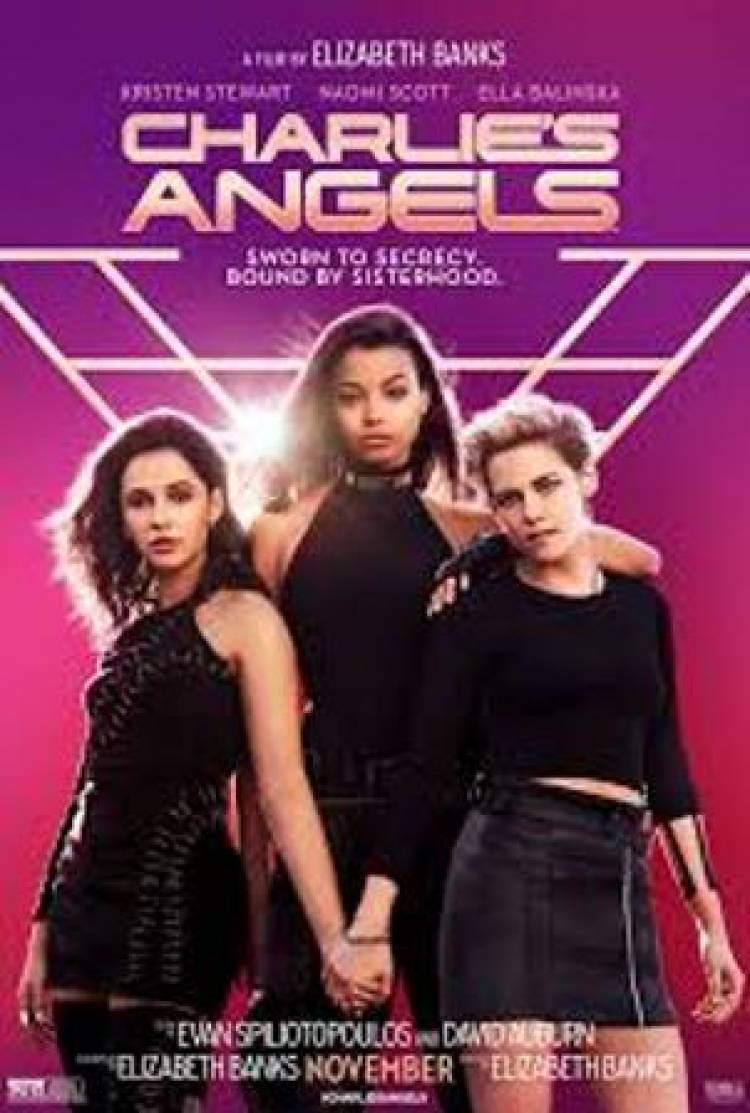 The reboot of the famous Charlie's Angels after almost two decades by Elizabeth Banks starring herself along with the new Angels Kristen Stewart, Naomi Scott and Ella Ballinska, hits the right notes at many places. Though the story is nothing new for a Hollywood action flick, where a new scientific invention falling into wrong hands to be used to kill people, the screenplay is pretty interesting and keeps you hooked from beginning till the end.

Kristen Stewart hasn't looked more hot before on the big screen. Naomi Scott does the action quite well and Ella Ballinska as the odd Angel (atleast by the end of the movie) is pretty and cute. The new Angels along with Bosley, referring to Banks here, (note there are many Bosleys in the movie) make a very good team.

The women power, though does not meet the high standards set by the original movie, is in no way short of entertainment and pretty sure the studios are going to give a green signal for the sequel and hope it will be directed again by Elizabeth Banks herself.

Mahesh Babu announces his line-up for 2017

Mahesh Babu announces his line up for 2017, Mahesh Babu who is currently busy working...

He said, “I have major height phobia and to add to my misery, the scene was to be...

After tripping on 'Trippy Trippy', it's time to Lag Ja...

The much awaited Telugu drama opened to an overwhelming response on August 7 across...