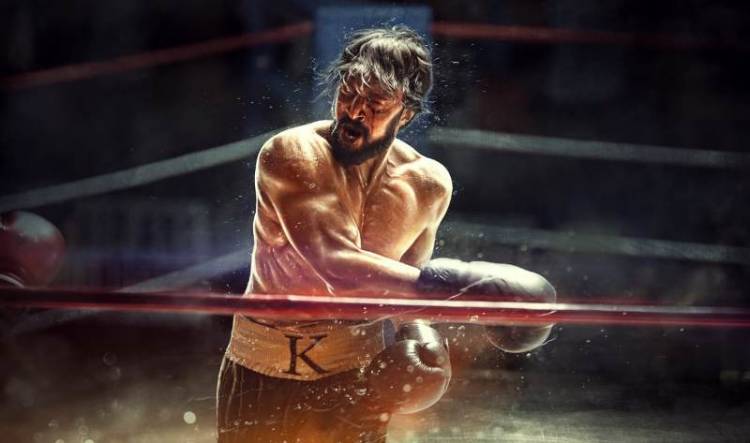 There are artistes who aren’t willing to settle down accomplishing the regular paradigm of success. They prove themselves distinctly by achieving their star status breaking the linguistic barriers and regional boundaries getting their fame etched across the far-flung zones too.

Then, there are artistes, who merely don’t strive for such statures alone, but elevate the industry by turning the spotlights upon them. Kichcha Sudeepa has been the most loved actor of such privileges across the years. From stealing the show as Southern delight being “KICHCHA” and sooner becoming the Bollywood’s most looked upon actor for his consistent associations with maverick filmmaker Ram Gopal Varma.

More than all, he conquered the mass crowds with his versatile spell as antagonist in ‘Naan Ee’. Apparently, the actor is all set to send forth his stupendous waves of sensation through ‘PAILWAAN’, a Pan-Indian film to release in 5 different languages – Tamil, Hindi, Telugu, Malayalam and Kannada.

Produced in grandeur by Mrs Swapna Krishna for RRR Motion Pictures and helmed by filmmaker Mr. Krishna, the film is a sports-action-drama packaged with commercial ingredients amalgamating the essence of emotions and amusements together. Kichcha Sudeepa will be seen playing the role of a wrestler, who embarks on a journey of conquering his dreams and the hassling challenges he encounters during the process.

While Ms. Akanksha will be seen playing the female lead, the country’s most proficient and celebrated Mr. Sunil Shetty would be appearing in a key role.

Filmmaker Krishna says, “The journey from crafting “Pailwaan” to translating it into celluloid version has been a great learning experience. More than titling it as a film with grandeur, I would say, it was so much bliss to work with the celebrated technicians from Hollywood, Bollywood, Tamil and Telugu film industry.

Apart from having the ace actors in lead roles, working with Mr. Sushant Singh, Kabeer Dhuhan Singh, Sharath Lohitashwa, Avinash and others was really enjoyable.”

While the film’s teaser released in January 2019 had stunned everyone for the shirtless avatar of Kichcha Sudeepa, S Krishna says, “Yes, while designing the project, I personally felt that Sudeepa fans should have a surprisal delight and it all happened with this shirtless avatar. Of course, he is a fitness geek and his dedication was completely supportive in exceeding our expectations with his mind-boggling physique.”

The boxing poster of Kichcha Sudeepa in 5 languages will be released by the reigning icons of the respective industries – Mr. Sunil Shetty in Hindi, Megastar Mr Chiranjeevi in Telugu, Mr. Vijay Sethupathi in Tamil and Mr. Mohanlal in Malayalam.

The film has musical score by Arjun Janya and cinematography handled by Karunakar A. Ganesh Acharya, Raju Sundaram & A Harsha have choreographed the songs.

While the Indian industry’s most celebrated Ram-Laxman have choreographed the stunts along with Dr. K Ravi Verma, Larnell Stovall has directed the ‘Boxing’ blocks and A. Vijay for Kusthi. Krishna, Madhoo & Kannan (Screenplay), Nithin Lukose (Audiography), Yogi-Chetan-Ganesh (Costumes) are the others in the technical team.

Watch the official teaser of the upcoming Tamil movie, 54321 directed by Karthik...