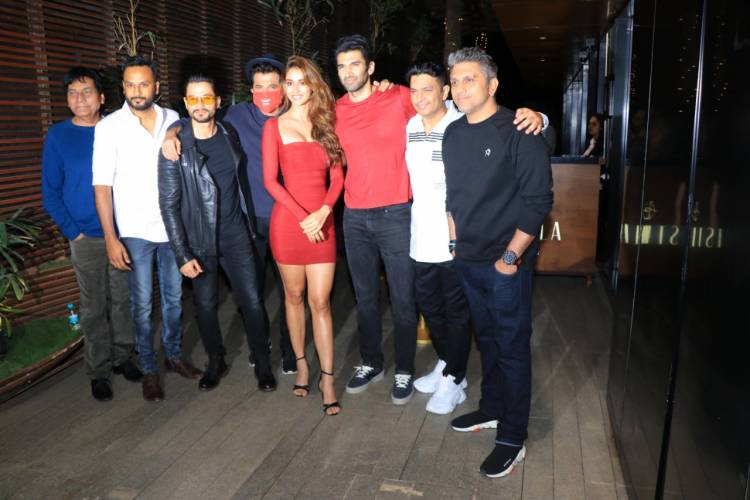 T-Series head-honcho, producer Bhushan Kumar celebrated the success of his latest hit, Malang with the team of the film. The glamorous soiree was held last night in Mumbai suburbs and attended by Bhushan Kumar, lead actors Aditya Roy Kapur, Disha Patani, Anil Kapoor and Kunal Kemmu along with the captain of the ship, director Mohit Suri.

Speaking to the media, elated producer Bhushan Kumar says, “I am very happy about this success. Firstly, because after a long time Mohit Suri has made a film in this zone. We have been talking about this since quite some time now. I have heard the songs of his previous films and they are very, very good. He is a director who always makes passionate films and this success, which has been loved by the audience, was a team effort by him, Luv Ranjan, Ankur Garg and us. Right from its release, the film took off well and went on to grace the theatres for six weeks after that. That is the definition of success for us.”

T-Series has had several hits in the recent past with Kabir Singh, Pati Patni Aur Woh, Batla House and many others.

Urvashi Rautela, Gautam Gulati, Archana Puran Singh and others come together for...

‘The Extraordinary Journey of the Fakir’ has won the audience award for Best Comedy...