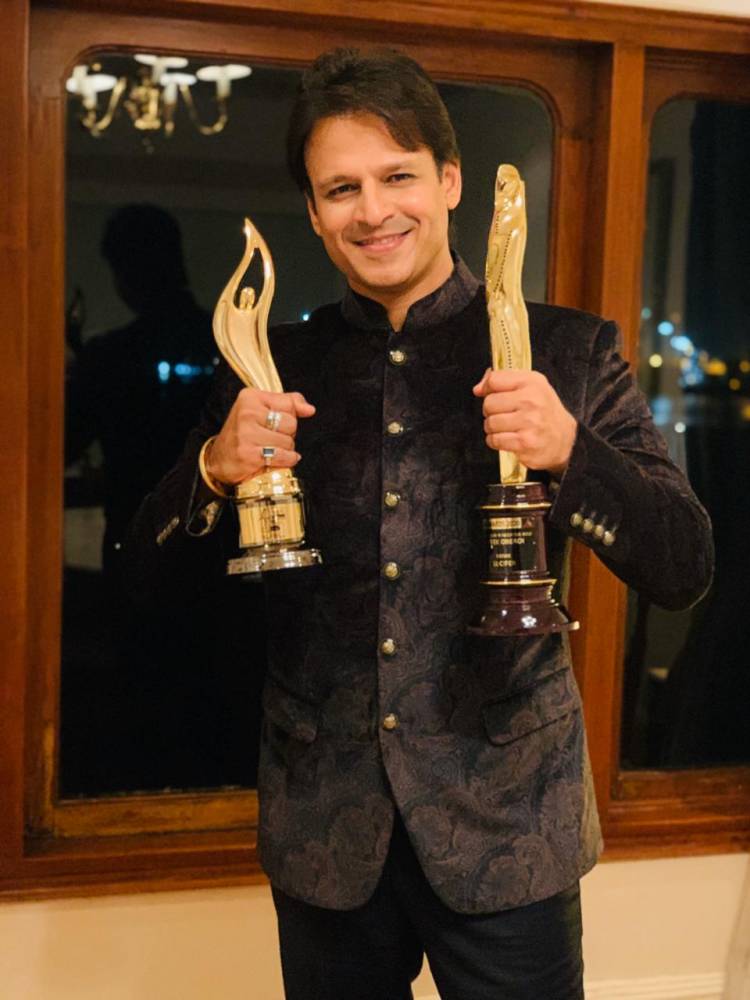 Receives praises from the legendary Mohanlal

Vivek Oberoi has always impressed audiences and critics with his versatile acting. He has racked in immense appreciation from all corners, right from his Bollywood debut movie Ram Gopal Varma's Company to his movies Saathiya, Omkara, Shootout at Lokhandwala and many more.

After starring and producing many Bollywood movies and web series, the talented actor made his Malayalam cinema debut in 2019 with the Mohanlal starrer Lucifer, where he played the role of the main antagonist Bobby.

Interestingly, Vivek had also made his Bollywood debut with the ace actor Mohanlal!

Recently, Vivek attended two of the most prestigious award functions of the south, the 22nd Asianet Awards on Friday and the 17th Vanitha Awards, by Malayala Manorama group, on Sunday. Both the award ceremonies were held in Kochi, Kerela.

Not only was the actor awarded as the Best Villian, for his exceptional performance in a negative role, in Lucifer, but also his co-star the legendary Mohanlal couldn’t stop praising the actor for his dedication. As he was presented the award, Vivek went on to share some funny anecdotes while he was shooting for the film.

The accomplished actor was last seen in PM Narendra Modi on the big-screen and Amazon Prime’s web series Inside Edge 2.

Shah Rukh Khan talks about his experience with Hyundai!