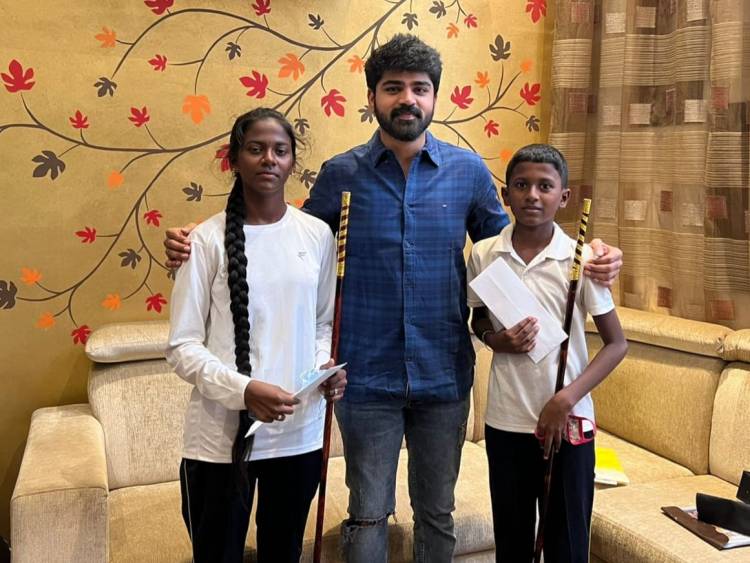 “Metro” fame actor Shirish is well-known for his altruistic nature as he has been consistently involved in philanthropic deeds. He has now helped two Silambam champions of Tamil Nadu for their international champions. Sharing his thoughts about this, Shirish says, “I got to know about these talented kids – Nancy Esther, who is in Class 11, and Abhishega Rajan in class 8, through a mutual friend. After watching their profile, I was amazed by their outstanding proficiency and skills. It is noteworthy that they have won several district and National level championships. It was disappointing to see that despite their talents, they weren’t able to take part in The Youth Games International Championship scheduled to happen during the second week of February in Nepal. I wanted to make sure that these kids participate in this championship tournament. Henceforth, I decided to take care of their travel and stay expenses. I will continue to encourage and nurture the skilled individuals to the best of my abilities in the future as well.”

Gleaming Clicks of Actress #Shritha in her recent Photoshoot

Here it's #Velan character poster No 4 #HareeshPeradi as...