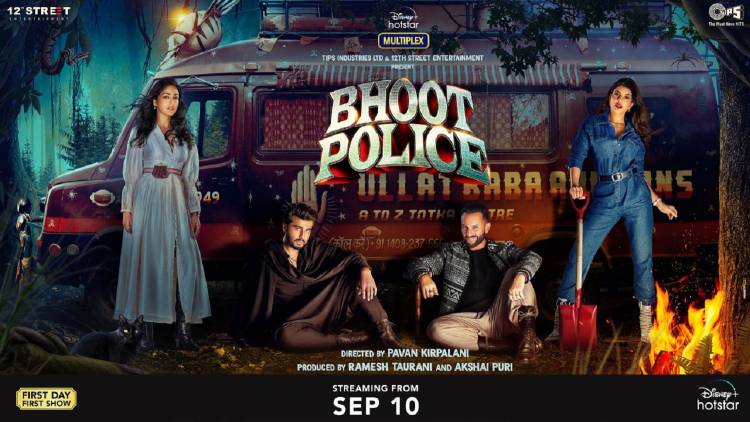 The movie was earlier scheduled to release on 17th September however, the movie is now set to release 7 days prior, 10th September on the auspicious occasion of ‘Ganesh Chaturthi’.

The spooky power-packed trailer has created the right noise and garnered positive response from across the globe, it’s one of the most anticipated film of this season.

Tips Industries Ltd in association with 12th Street Entertainment presents 'Bhoot Police', directed by Pavan Kirpalani. Produced by Ramesh Taurani, Akshai Puri, and co-produced by Jaya Taurani. The movie is all set to release on 10th September 2021 on Disney+ Hotstar.

Champion First Look To Be Released By Vishal Today