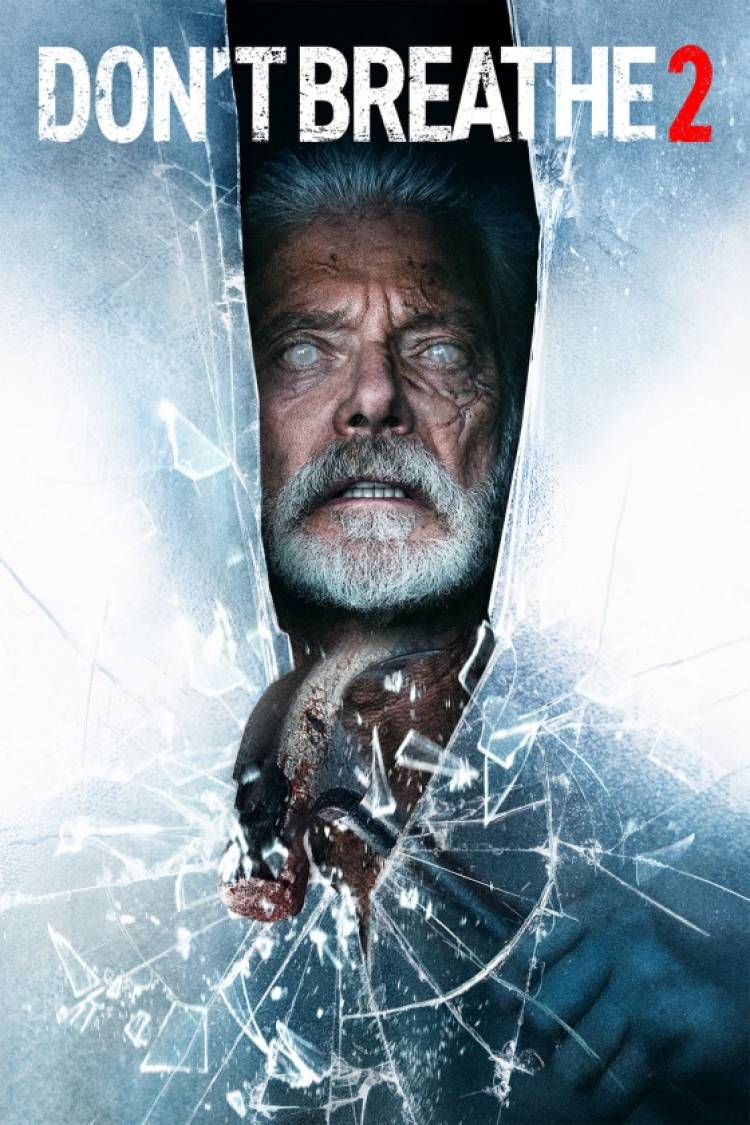 This is the sequel to the highly successful Don't Breathe has Stephen Lang returning as the iconic blind, brutal and retired NAVY Seal unleashing brutal force on the wrongdoers. He was a hunter in the first movie, while he becomes the hunted in the sequel. Rodo Sayagues debuts as a director with this sequel after serving as the writer for Evil Dead and Don't Breathe. He ensures the movie has a crisp running time of less than 100 minutes and has every character on its toes with backstories cropping up every now and then, keeping us viewers guessing as to who ultimately is on the right.

The movie begins with a small girl escaping a burning house and the fast forwards to 8 years later, showing Stephen Lang living with his daughter away from any kind of contact with the outside world. We are introduced to a couple of characters who are portrayed as an Organ trafficking gang in the location who decide to kidnap Lang's daughter and launch a silent assault on his house. The movie picks up pace at this juncture and hardly slows down till before the final act. The blind veteran is much older than in the original movie but has become even more brutal with his killing techniques but the question of morality arises during the middle part of the movie, questioning the actions of the blind father, if he really is a good man or is he just doing what any of us would do in such a situation. The final act, however slows down a bit from the previous one but ends on another action filled short episode.

Stephan Lang is brilliant in the movie as the blind father and at his brutal best, bringing in new cleverly crafted new weaponry in addition to his already lethal repertoire. And Madelyn Grace as Phoenix, Lang's daughter is aptly cast as well and does justice to her role. Brendan Saxton and Fiana O'Shaughessy are good as the antagonists. The cinematography and sound editing is class ahead which helps with the grim and brutal mood of the movie.

Overall, following the footsteps of the original Don't Breathe, the sequel adds a little more to the brutal action and keeps the audience guessing on the characters' morality in the movie, protagonist and antagonists alike even though it doesn't rise to the phenomenal level of its predecessor. If you like a true-blue genuine violent flick with plot twists, Don't Breathe 2 is definitely worth a watch

#KavalthuraiUngalNanban gets big Appreciation from the...

#KavalthuraiUngalNanban gets big Appreciation from the audience. Do watch it in...

Checkout Some Amazing Clicks Of Actress #Aadhirai In Her...

Here is the Astonishing First Look of Sibi Sathyaraj 's...