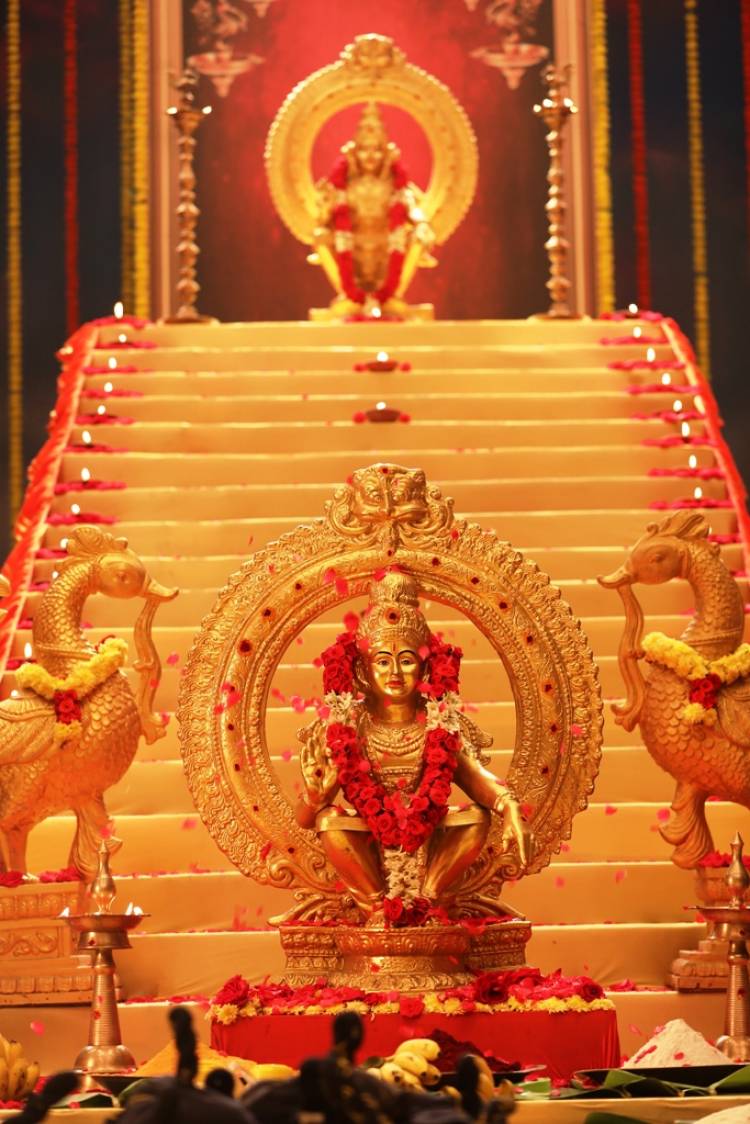 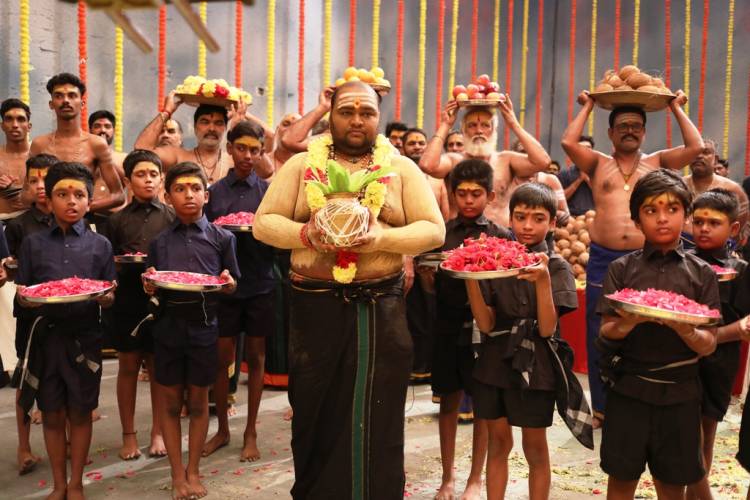 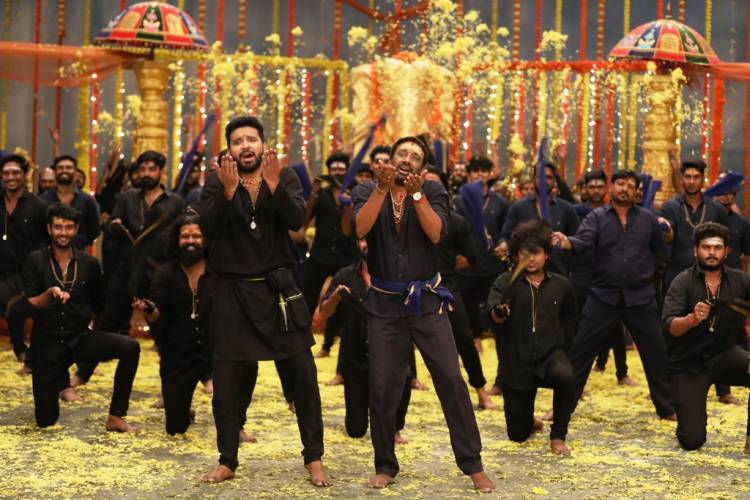 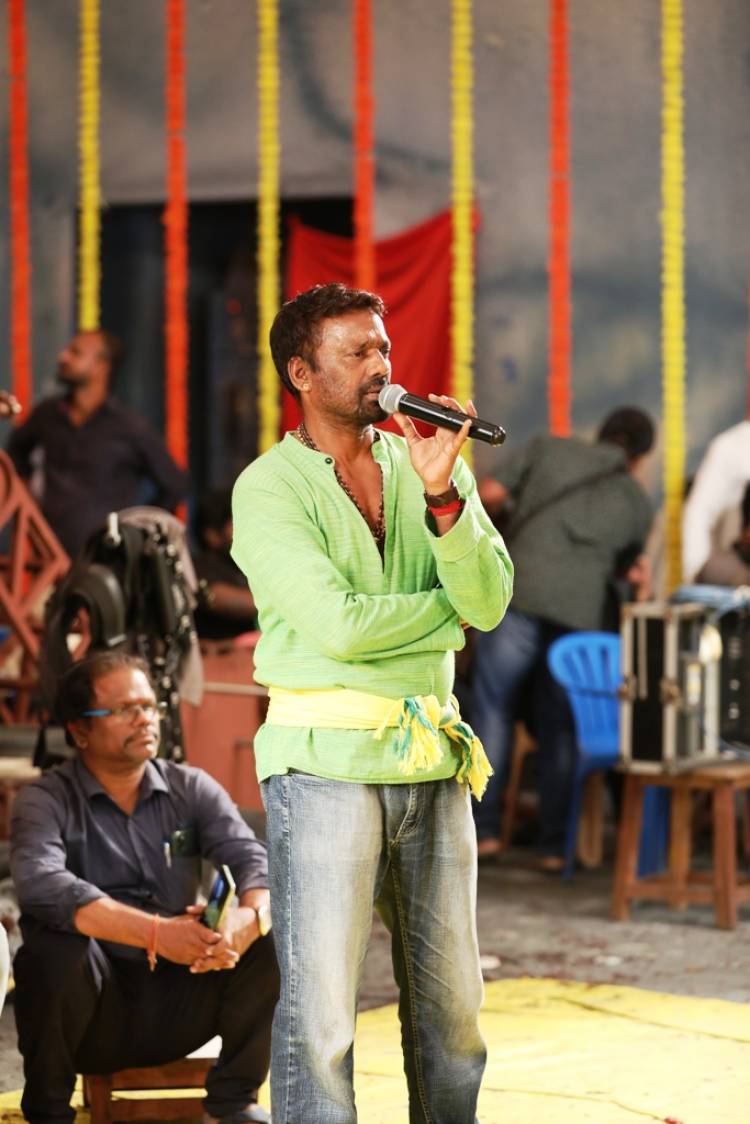 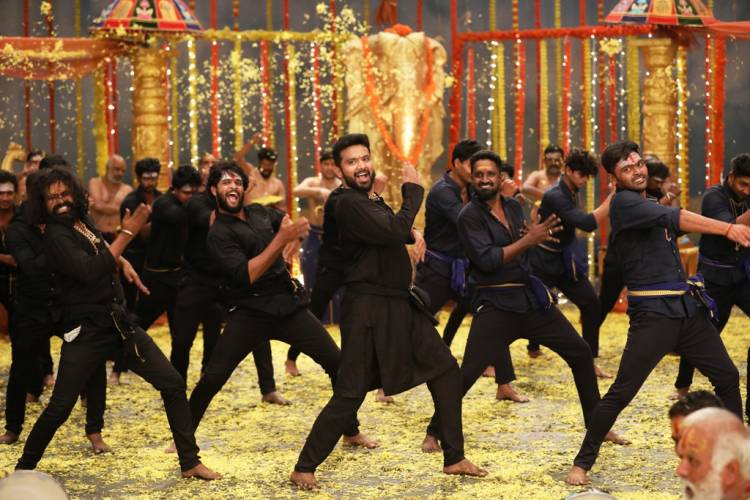 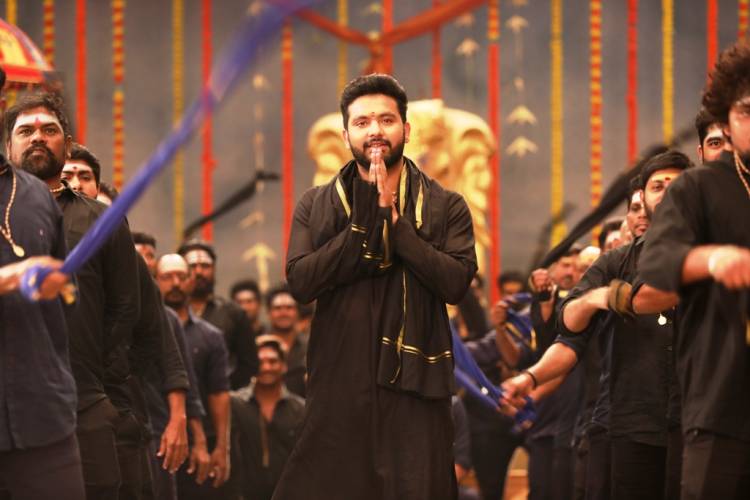 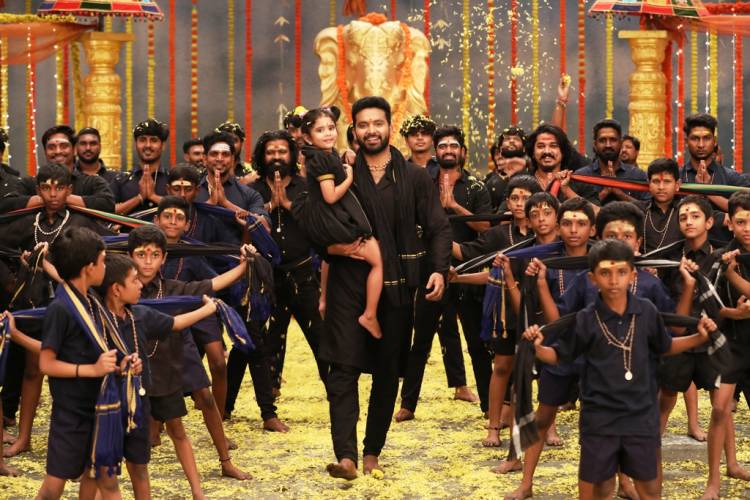 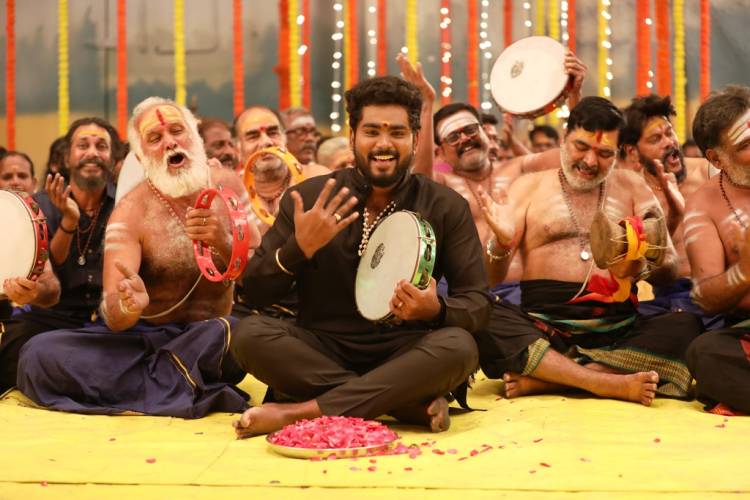 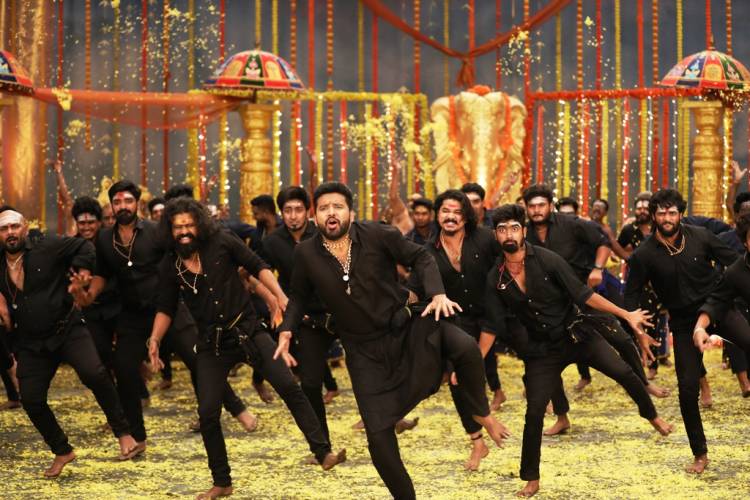 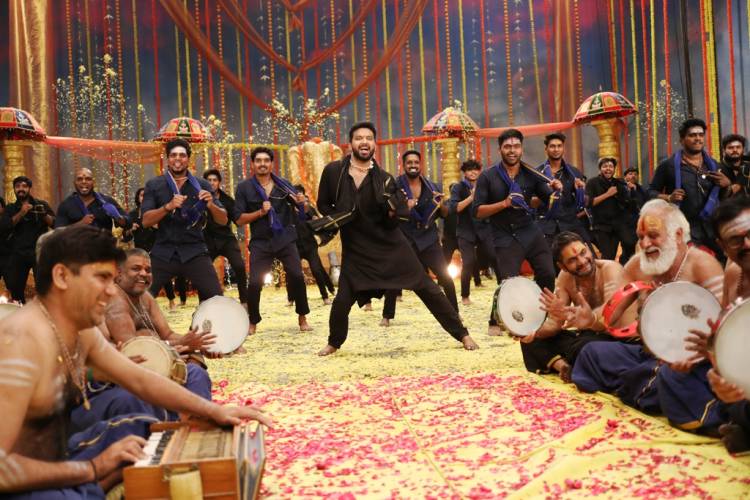 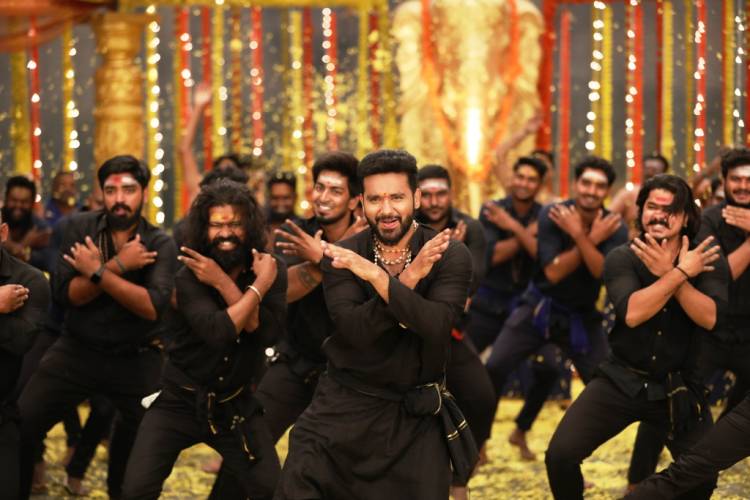 There have been many devotional songs about Ayyappan in Tamil, but for the first time, this album song,  Aaruyir Ayyappa has been created as the first cinematic Ayyappan song in a grand manner. This song is produced, directed and acted by Sri Vishnu. Vasanth has written the song along with him.

Choreographer Asokraja has choreographed the song, which has a grand set and a large number of  dancers, including children!
The First Look Poster of this Aaruyir Ayyappa album song singing the praise of Ayyappa has been released.
With its emphasis on visuals, this video song is sure to enthrall the viewers.