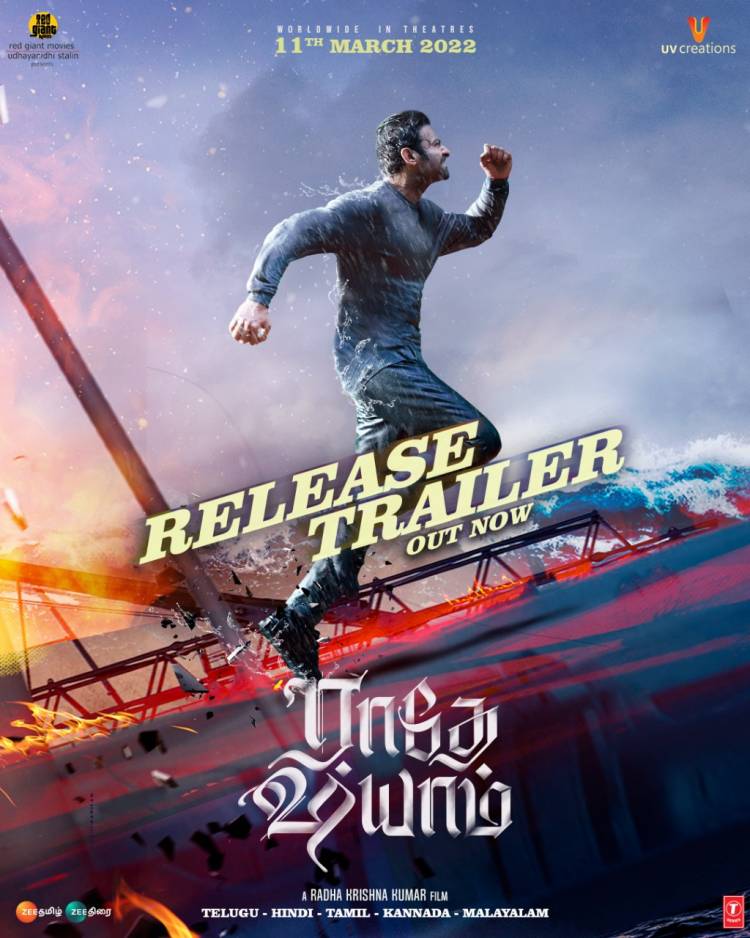 The much awaited magnum opus, Radhe Shyam, is all set to hit theatres the nation over in a few days and the special curtain raiser video of the film has mounted the anticipation to an all new level!

The romantic drama is a subject of much conversation for many reasons – from Prabhas experimenting with his character of a palmist, the voice of cinema legend Amitabh Bachchan lending his voice as the sutradhar, state-of-the-art visual effects, picturesque visuals from Italy, Georgia and Hyderabad to the electric chemistry between Prabhas and Pooja Hedge.

The multi-lingual love story is set in Europe in the 1970's and explores a very novel and different concept, as seen in Radhe Shyam’s special curtain raiser video – While the film’s songs, posters and teasers have gone on to garner record breaking numbers, the curtain raiser too took the internet by storm!

While the teaser touched upon the ‘destiny vs love’ mystery, the curtain raiser that has become the talk of the town dived deeper into the film. Launched at a press event in Mumbai, the video sparked much curiosity especially amoung fans who have eagerly been awaiting the release of ‘Radhe Shyam’ ever since its announcement.

The film will hit the screens on March 11, 2022. Radhe Shyam will be multi-lingual film and is helmed by Radha Krishna Kumar, It is produced by UV Creations.
The film is produced by Vamsi and Pramod

Actor Pranitha is in awe with her co-star Shilpa Shetty...