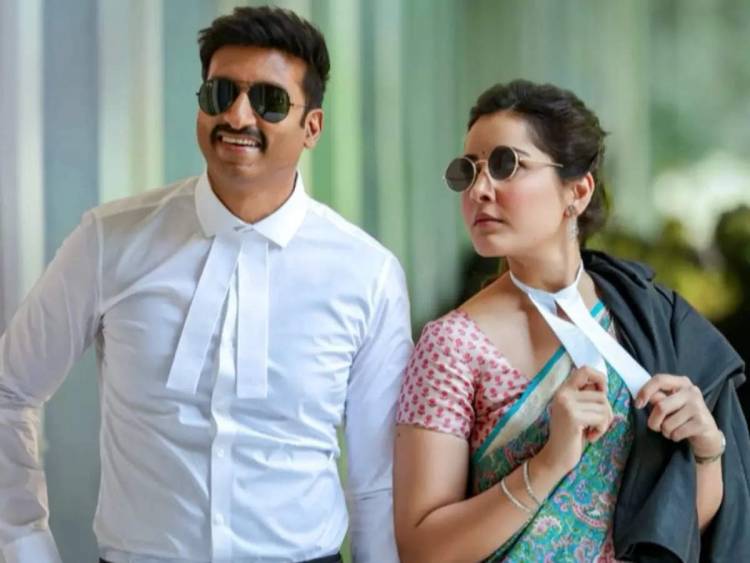 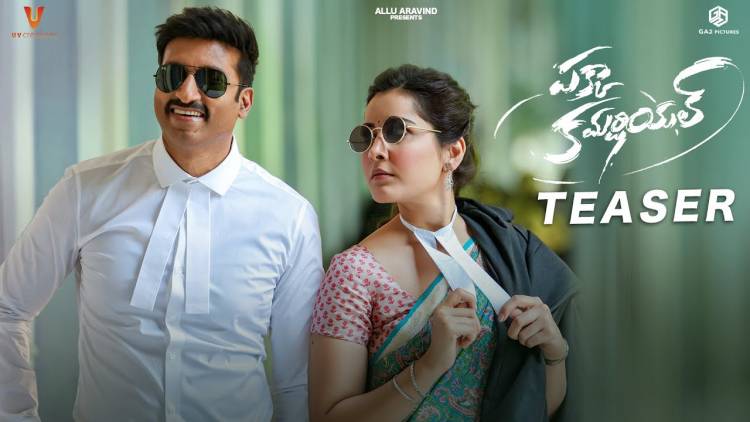 The first teaser of Gopichand starrer 'Pakka Commercial' was released online recently and has garnered positive reviews. In fact, the teaser has been trending on YouTube India for 24 hours. Having got over 4 million views within 24 hours, the teaser also managed to get 140k likes, which is a very big achievement.
The shooting of this flick is currently in progress and is expected to be wrapped by November this year. Written and directed by Maruthi, with whom Gopichand is associating for the first time, the film has Raashii Khanna pairing up with the hero. The star cast also includes Sathyaraj, Anasuya Bharadwaj, Rao Ramesh, Kiran Talasila, Saptha Giri, Sai Krishna and Ramana Reddy in supporting roles.

The technical crew of 'Pakka Commercial' comprises Jakes Bejoy for composing music, Karm Chawla to crank the camera and SB Uddhav for editing. The film is being bankrolled by UV Creations in collaboration with GA2 Pictures. It may be mentioned here that the first look of the film along with its title was revealed on June 12 to coincide with its hero Gopichand’s birthday. And now, the teaser was out on Nagula Chavithi. With the film’s shooting likely to be wrapped up soon, the release date is expected to be revealed officially soon.

Check out the stills of upcoming Tamil movie "Embiran", features Rejith Menon and...

The bright & beautiful NanditaSwetha from her recent photoshoot...

Herewith i forward the press release pertaining to "Valimai...

Despite the heavy lockdown and pandemic crisis ......