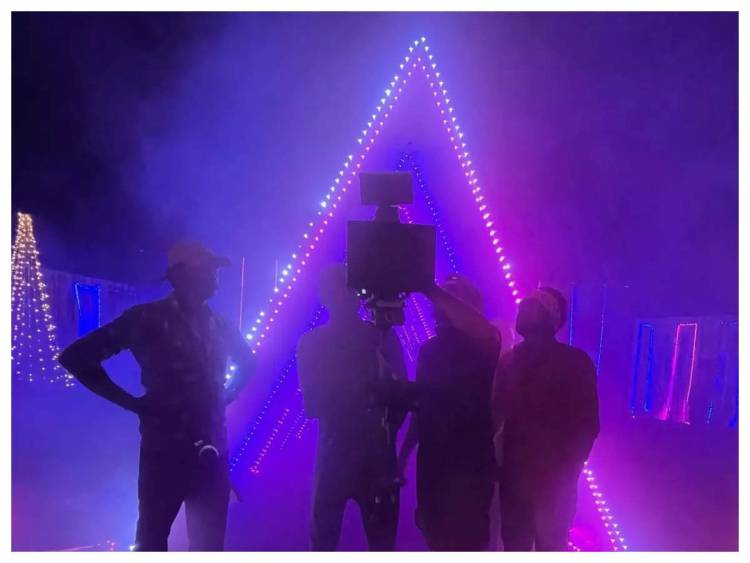 Actor Kunchacko Boban took to his Instagram handle and shared a few BTS pictures from his upcoming film ‘Ottu’. The post was shared with a humorous note that reads, 'Well Boyzzz...Smoke nannayittu idanam, Dance steps onnum kaanaruthu..Late-night shoots @ottumovieofficial'. The post and caption, which was taken right from Salim Kumar’s funny dialogue in the 2004 comedy film ‘Chathikkatha Chanthu’, was flooded with comments from fans. It also attracted comments from celebrities such as Geethu Mohandas, Deepthi Vidhu Prathap

The BTS pictures were from the dance sequence from the upcoming bilingual movie ‘Ottu’, directed by Fellini T.P and written by S. Sanjeev. The popular Tamil film actor, who has impressed the audience with both antagonist and protagonist roles, Arvind Swamy will be the lead in the film along with Kunchacko Boban. Actress Eesha Rebba will play the female lead in ‘Ottu’.She has also appeared in several Telugu films such as the 2018 film ‘Awe’, Aravindha Sametha’. The film ‘Ottu’ will be also released in Tamil in the name ‘Rendagam’ and the first look poster featuring Kunchacko Boban and Aravind Swamy was released on the occasion of Aravind Swamy’s birthday.

As per reports, the movie mainly will be focusing on two friends and their bond. As the story happens between Mangalore and Mumbai, it will also have all the elements of a road movie. Arvind Swamy has previously acted in Malayalam films such as the 1992 film ‘Daddy, 1996 film ‘Devaraagam’ etc, whereas, ‘Ottu’ will be the first Tamil film by Kunchacko Boban.

@kalyanipriyan slays it in this peach-colored saree!

@kalyanipriyan slays it in this peach-colored saree! ......