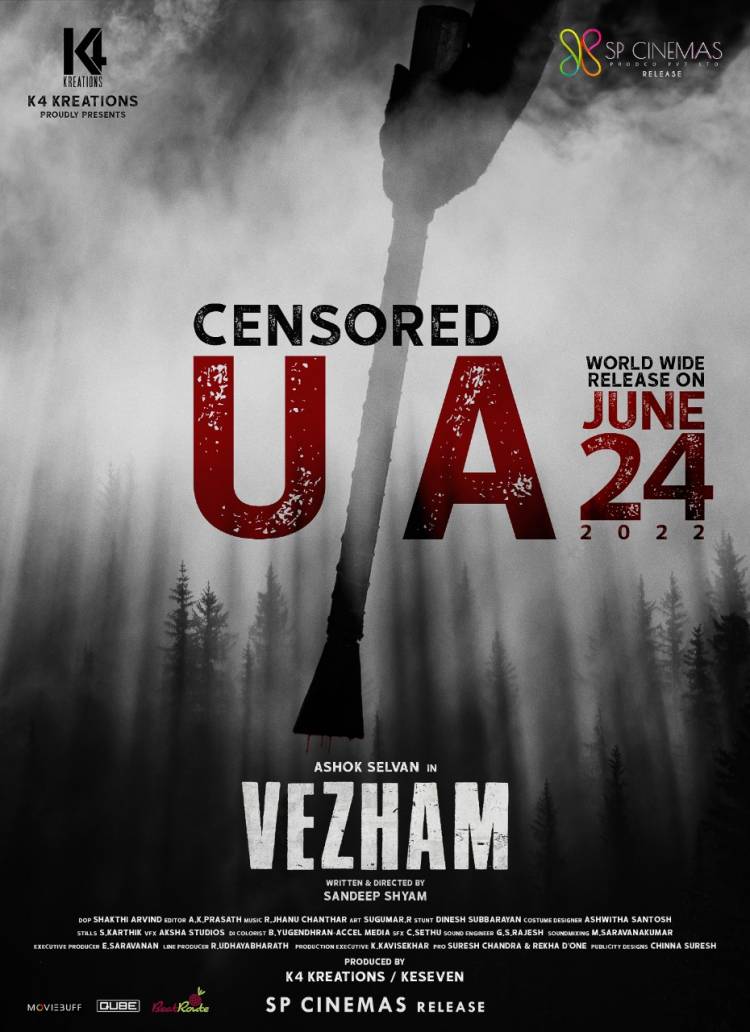 Producer Keseven, a well-reputed personality in the Information Technology industry is embarking on a journey as a producer due to his passion for developing entrepreneurs in the Tamil movie industry with ‘Vezham’. The film features Ashok Selvan, Janani Iyer, and Ishwarya Menon in the lead roles. Sandeep Shyam with a wide experience as an assistant director, ad filmmaker, and short filmmaker for 10 years is debuting as a filmmaker with this movie. The first look that was revealed recently found a great response. Significantly, SP Cinemas, which has produced and distributed a myriad of commercially successful content-driven entertainers, has acquired the worldwide theatrical rights of Vezham. Now the official announcement has been made that Vezham will have its worldwide theatrical release on June 24, 2022.

Actor Ashok Selvan, who keeps proving his versatility as a performer in unique roles from one movie to the other has essayed yet another spectacular character in this movie. As the title suggests, Vezham (Elephant) signifies the animal’s strong memory and the film’s protagonist possesses the same characteristics. The whole movie revolves around this concept and is narrated with a gripping screenplay.

SP Cinemas has acquired the worldwide theatrical rights of this movie including India and is releasing it on June 24, 2022.

We would like to announce #MazaiyilNanaigiren has been official .........