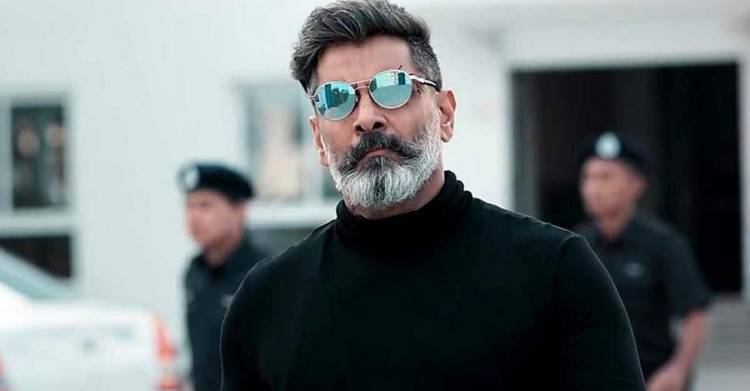 The best thrillers are those that tie up the ends in a neat package, but Rajesh Selva-helmed and written Kadaram Kondan, fails here, largely because the script is clumsily written and many of the dialogues are in Malay (subtitled though in Tamil). Entirely set in Kuala Lumpur, the film has extremely scenic shots, especially after sunset, but these can merely embellish a plot, which has a bumbling police force ridden with corruption and rivalry, double-crossers, car chases and fights. We have seen them all, and Selva cannot even dress them up differently.

Based on a French movie, A Bout Portant (which spawned an American work, Point Blank now streaming on Netflix), Kadaram Kondan's most important attraction can only be actor Vikram, who plays KK – a mysterious man. Is he a gangster or a double agent or a cop? We would never know.

Selva's narrative begins with KK in a dare-devil escape from the Petronas Twin Towers that will put to shame the antics of the Spiderman. But as luck would have it, he gets knocked down in a road accident as he is chased by two of his adversaries.

The story shifts to Vasu (Abi Hassan) a young doctor (who has just arrived on an assignment in Kuala Lumpur with his heavily pregnant wife, Aathirah/Akshara Haasan), who is told to keep watch over KK. At home, Aathirah is taken hostage, and the kidnappers demand that the doctor get KK out of the hospital. He does that, a move that sets in motion a series of roller-coaster events -- and most of them appear confusing and convoluted.

Kadaram Kondan has a couple of plus points though: the background score is kept to a bare minimum (and what a blessed relief this is in a scenario where music tends to drown conversations), and Vikram speaks very little, choosing to convey what he wants to through his eyes and subtle gestures. Lovely. Akshara (Kamal Haasan's daughter) in her debut performance does show a lot of promise that reminded me of her mother, Sarika, who was a brilliant actress. The rest of the cast look more like caricatures, hardly defined.

Dulquer Salmaan to shoot in Trivandrum

The shoot of Dulquer Salmaan's next movie is progressing at breakneck speed with...

Watch the exclusive interview of director Mani Ratnam about the recent blockbuster...