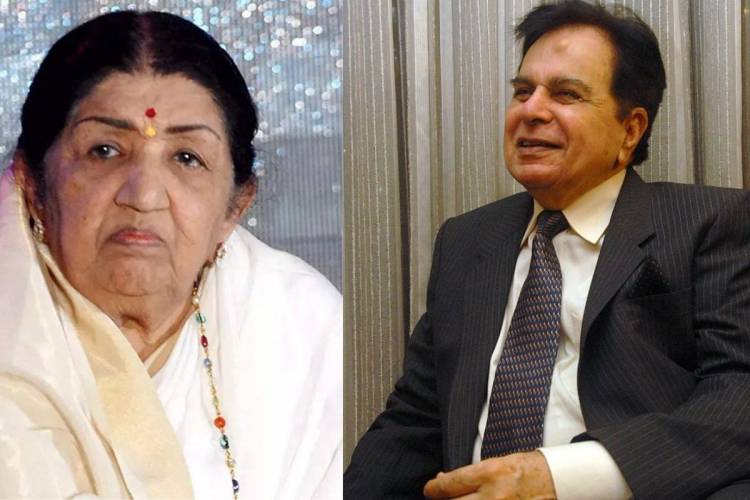 The In Memoriam section of the 94th Oscars 2022 paid a tribute to artists and filmmakers of the global film industry who died last year. They included Sidney Poitier, Betty White, Ivan Reitman, Stephen Sondheim among many others. However, the segment didn't honour two Indian legends who died recently--singer Lata Mangeshkar and actor Dilip Kumar.

Taking to Twitter, a fan wrote, "The amazing world-record-setting #LataMangeshkar (who passed away from Covid) sang more songs for more movies than shown in all Oscars combined. Yet, the #Oscars2022 #Inmemoriam did not see it fit to honor her even with a mention. Sometimes, I think, colonialism still lives on..."

Another person said, "#LataMangeshkar of Indian Cinema #Bollwoodfame - Nightingale of India - not even mentioned among memorium of the movie folks who passed away in the last year #WTF1 #Oscars2022 #Oscar #Oscars #AcademyAward."

"I was actually expecting #LataMangeshkar to be mentioned in the #Oscars In Memoriam. But well..." wrote a fan on Twitter. "#Oscars2022 #LataMangeshkar of #Bollywood fame - Nightingale of India - not even mentioned among the movie folks who passed away in the last year," tweeted another person.

Lata Mangeshkar died on February 6 this year at the age of 92. She had been admitted to Mumbai's Breach Candy hospital on January 8 after she was diagnosed with Covid-19 and pneumonia. Born on September 28, 1929, she began her career in 1942 at the age of 13. In a career spanning over seven decades, the melody queen recorded songs for over a thousand Hindi films. She recorded her songs in over 36 regional Indian and foreign languages.

She was awarded the Bharat Ratna, India's highest civilian honour in 2001. She was the recipient of three National Film Awards among many other honours received during her singing career. Aye Mere Vatan Ke Logon, Babul Pyare, Lag Ja Gale among others are some of her unforgettable songs.

Dilip Kumar died on July 7 last year at the age of 98 at the PD Hinduja Hospital in Mumbai after a prolonged illness. He was admitted to the hospital In June following episodes of breathlessness. The actor had been battling ill health for the last few years, including lung disease, and had been in and out of the hospital. He portrayed the brooding, intense romantic in classics such as Mughal-e-Azam and Devdas. His five-decade career also included Naya Daur, Ram Aur Shyam, Kranti, Karma, and Saudagar

Every revelation about the ....

After a year of the official announcement, SS Rajamouli’s upcoming massive multistarrer...

As the release date is fast approaching, the makers ...

‘Brahmastra’ will take Indian culture to the world, says...

Stating that a film like 'Brahmastra' will take Indian ....