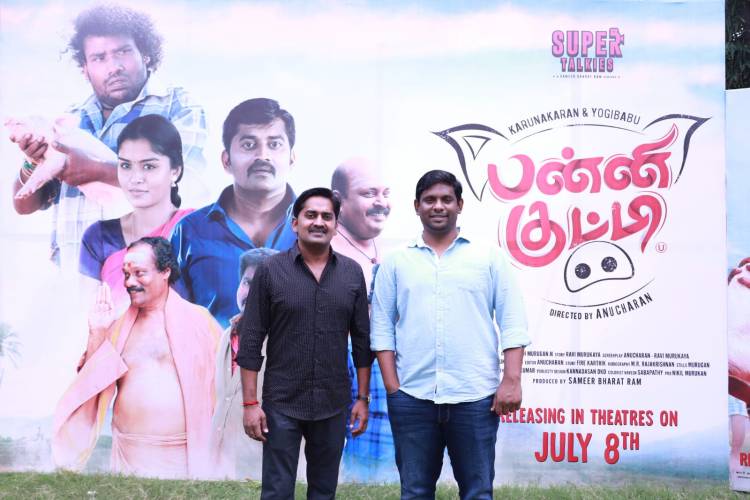 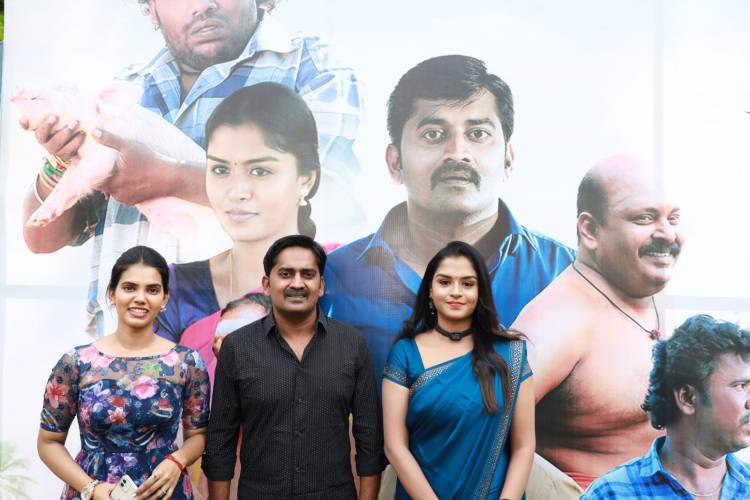 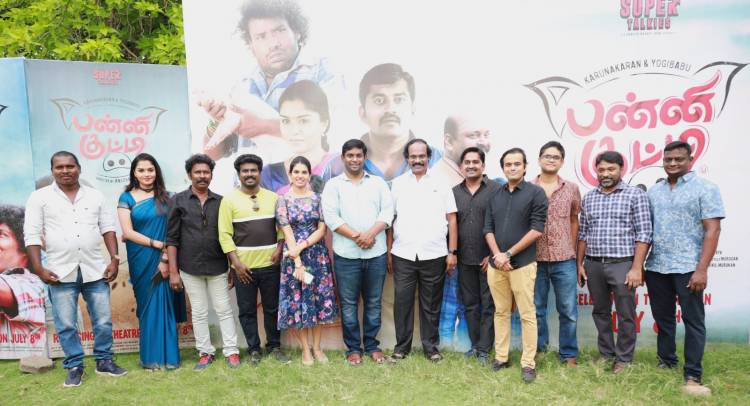 Lyca Productions presents,  Produced by  Super Talkies Sameer Bharath Ram ‘Pannikutty’ features Yogi Babu and Karunakaran in the lead roles. The movie, which is a comedy drama is all set for the worldwide theatrical release on June 8, 2022.

During this juncture, the cast and crew members of this movie interacted with press and media.

Music Director K said, “Pannikutty is an important movie in my career. While I was consistently working in movie with serious story premises, this one became very close to my heart. There are five songs in the album. I can assure you all that that movie will impress you all, and, henceforth request you to support it.”

Debut Actress Lakshmi Priya said, “The movie has a lot of promising actors, and working with them has given me an immense experience. Cinematographer has worked a lot to depict my character beautifully on the screens. Both music director and lyricists together have given beautiful songs. This movie is an honest attempt by the entire team. Our movie is now ready for release, and I request press and media fraternity to help it find a good reach among the audiences.”

Producer Sameer Bharath said, “I thank Lyca Productions for paving way for this movie to have a good theatrical release. A movie without bigger star-cast can impress and engross the audiences only if it has got a good screenplay. I am glad that Pannikutty has shaped up well in this aspect. Anu Charan isn’t just a good filmmaker, but a talented editor as well. Karunakaran is a versatile actor, and the roles he has essayed so far have been appreciable. This movie will be a great milestone in his career. I request press and media to support low budget movies like Pannikutty.”

Dindugal I Leoni said, “I am making my onscreen comeback after 21 years with this movie. I thank director for choosing me to be a part of this movie. I have essayed the character of a Godman in this movie. I can understand that director has given this character for me with a reason. Director Anu Charan always remains cool irrespective of whatever the situation is. He is an expert when it comes to extracting the best performances from the actors. This movie is going to be a special movie for actor Karunakaran. This movie has given confidence to everyone in the team. I wish the entire crew for the grand success of this movie.”

Director Anu Charan said, “I thank both Lyca Productions and Super Talkies Sameer for giving me an opportunity to helm this project. Anucharan said "I believe a good comedy can uplift a depressed or hurt person. I wanted my film to do that and made Pannikutty.
It worked very well with the story penned by Ravi Murugaiah. Producer also liked this movie, when I narrated it. It’s a great elation for me to have Leoni sir onboard for this project. Every actor had completed shooting for this movie amidst so many challenges, but offered their complete dedication towards this project. Both music director and lyricist started journeying with me right from the beginning of this movie. It was a tough task to shoot the movie with the real piglets. We had to use lots of techniques to get the scenes shot. I take this opportunity to thank the villagers around Usilampatti for their support during the film’s shooting. I can assure you all that you will walk out of theaters with smiling faces after watching this movie. Life is all about hope, and this message has been conveyed through an entertaining manner in this movie.

Actor Karunakaran said, “Whenever I am offered to play a substantial role, I think twice and self-analyze if I am worthy for those roles. When directed narrated the script of Pannikutty, I was so much impressed and fell in love with it. Every character has so much of importance in this movie. The cool and composed nature of director surprised me a lot. Music director’s songs are going to endow a sweet experience for the audiences. This movie instils lots of confidence and hope. All of us are elated on Yogi Babu playing the lead, and delivering a commendable performance. I request press and media friends to facilitate a better reach for this movie among the audiences.”

#ParrisJeyaraj trailer will be out tomorrow at 5.00 PM.