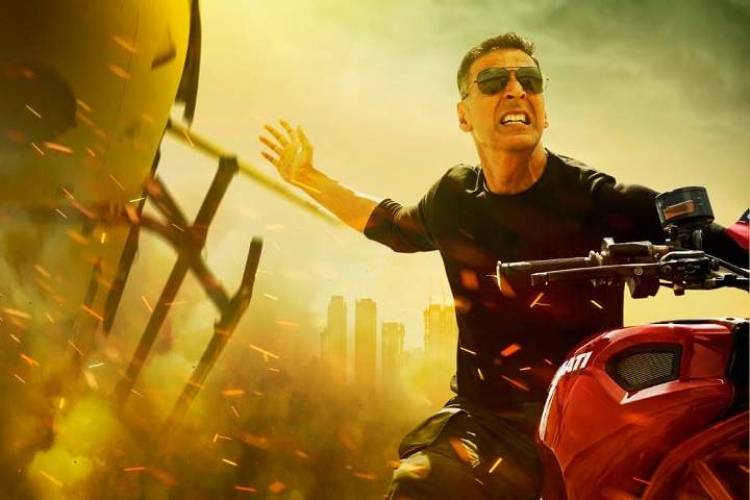 Akshay Kumar has brought life back at the ticket windows with his latest release ‘Sooryavanshi’. The cop drama raked in a massive opening number of Rs 26 crore and has shown a positive trend over the weekend. On Monday too, the movie managed to hold well and earned Rs 13.75-14 crore nett. ‘Sooryavanshi’ now stands at a four-day total of Rs 81 crore nett. According to Boxofficeindia.com, the film has recorded a drop of around 46 per cent but it is good since the first day was a festive holiday.

This Rohit SHetty directorial has received a good response in Gujarat and Maharashtra despite the 50 per cent occupancy rule. Delhi and East Punjab circuits have recorded a drop in collection but that is reportedly the usual trend for most Rohit Shetty films.
‘Sooryavanshi’ was scheduled to hit the screens in March last year, but the nationwide lockdown postponed the film’s release. With Akshay essaying the title role, ‘Sooryavanshi’ stars Katrina Kaif as the leading lady. Ajay Devgn as Singham and Ranveer Singh as Simmba have also essayed pivotal parts in this entertainer. Ahead of the film’s release, Akshay Kumar had shared that ‘Sooryavanshi’ is his “ode to that old school action.” Akshay had posted a still from the movie and penned, “I’ve done a lot of action in my career…hanging from helicopters, jumping across buildings, crazy bike chases. #Sooryavanshi is special to me in more ways than one, it is my ode to that old school action but on a grander scale, releasing in cinemas tomorrow #1DayToSooryavanshi #BackToCinemas.”

Wrap up for "Operation Arapaima", and Rahman force getting...

Akshay Kumar has brought life back at the ticket .......

Megapower Star @AlwaysRamCharan and @UpasanaKonidela at...

Welcome to the world of NAARAPPA Shoot Begins!!

DharalaPrabhu On Prime Video those who missed watching this entertainer on screens....