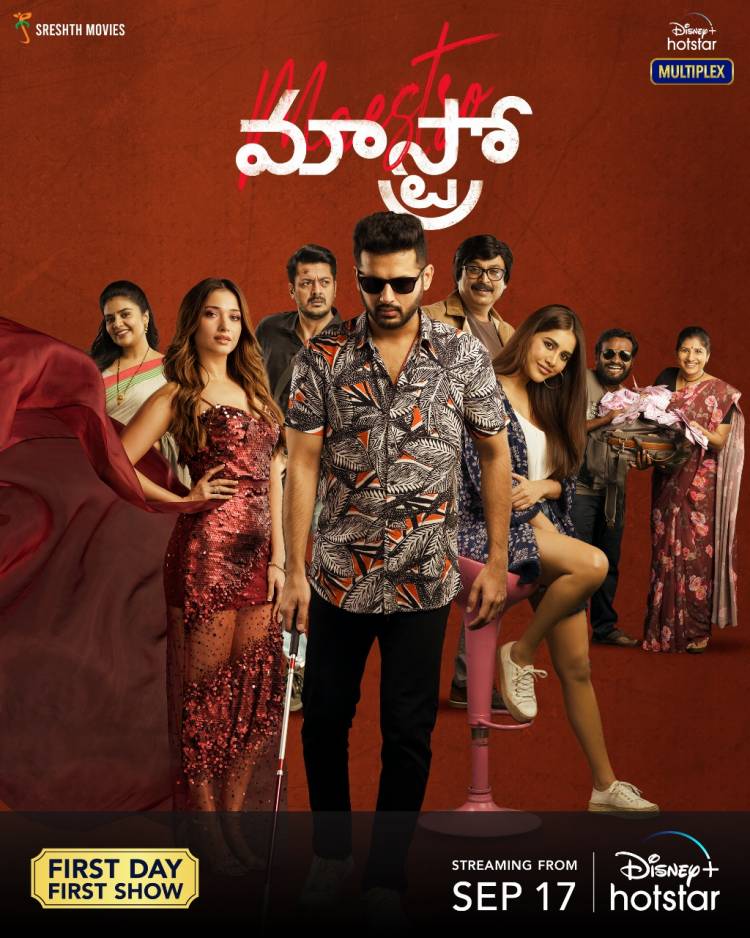 Announcing the arrival of its first big-ticket Telugu film on 17th September, Disney+ Hotstar unveils the launch date for the upcoming film Maestro, starring Nithiin Reddy, Tamannaah Bhatia and Nabha Natesh. Directed by Merlapaka Gandhi, the film is an official remake of Bollywood’s celebrated dark comedy ‘Andhadhun’; exploring the thrilling story of a piano player, pretending to be visually impaired, finds himself entangled in a number of problems as he witnesses the murder of a former film actor.

Here u go for #DevaDasBrothersTrailer

Here u go for #DevaDasBrothersTrailer

@jan_iyer looks elegant and alluring in her recent traditional...