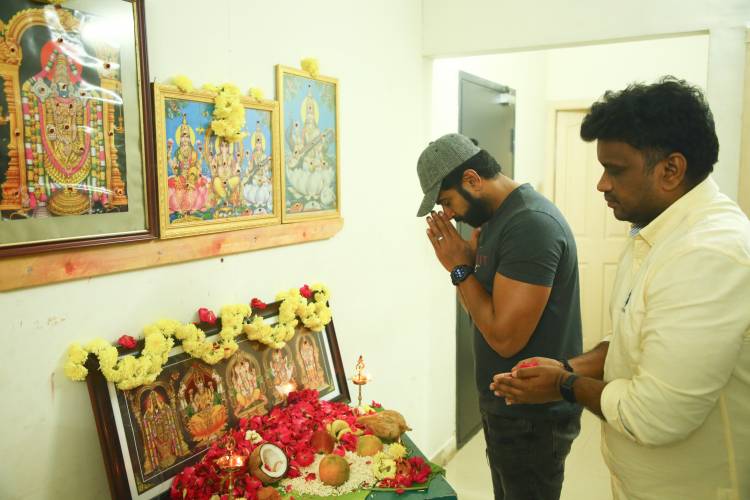 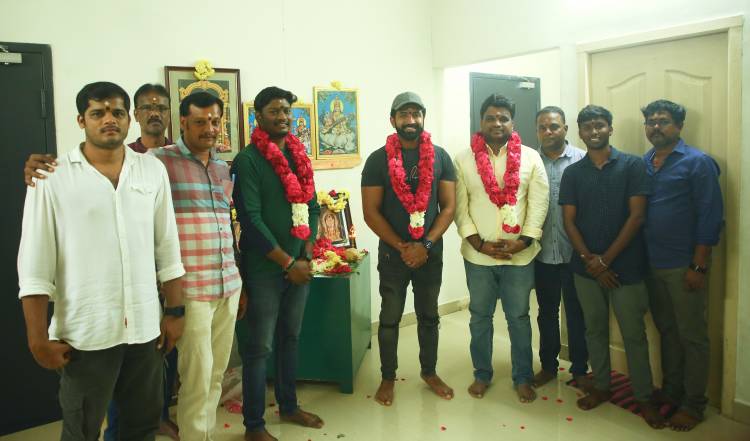 Here is yet another ample exemplification of Arun Vijay’s energetic enthusiasm as the actor proceeds briskly with one of the most important films in his career. With the shooting of his upcoming film tentatively titled ‘AV 31’, directed by Arivazhagan recently wrapped up, the dubbing works commenced this morning in Chennai with a simple ritual ceremony.

Ever since the announcement of this film happened, the expectations have been phenomenal among the trade circles and general audiences as well. With the Arun Vijay-Arivazhagan duo already enthralling the crowds with a scintillating edge-seated medical crime thriller like ‘Kuttram 23’, the curiosities sprang up on what could be this film all about.

With the postproduction work of AV 31 proceeding at a rapid pace, the film is scheduled for summer 2021 release. The team will announce on the first look, teaser-trailer, audio, and worldwide theatrical releases.

Produced by Vijay Raghavendra of All in Pictures, the film is an espionage thriller featuring Regina Cassandra playing the female lead characters. Stefy Patel and Bhagavathi Perumal will appear as pivotal characters.

Sam CS is composing music, B Rajasekar is handling cinematography, and VJ Sabu Joseph is editing the film.

Actor Arun Vijay has a promising lineup of movies ahead in 2021 like Sinam, Agni Siragugal, AV 32 (produced by Suriya's 2D Entertainment), and few more announcements are on the way.

Ramya shifting base from Bengaluru to British capital

Actress Ramya the Queen Bee of the Kannada film industry is away studying in London...