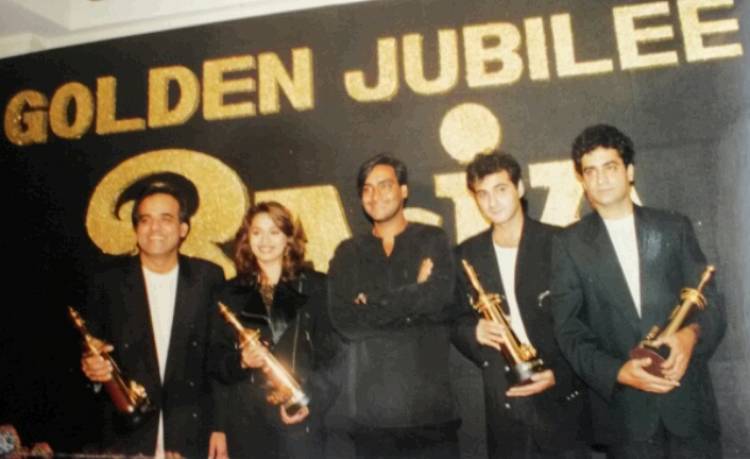 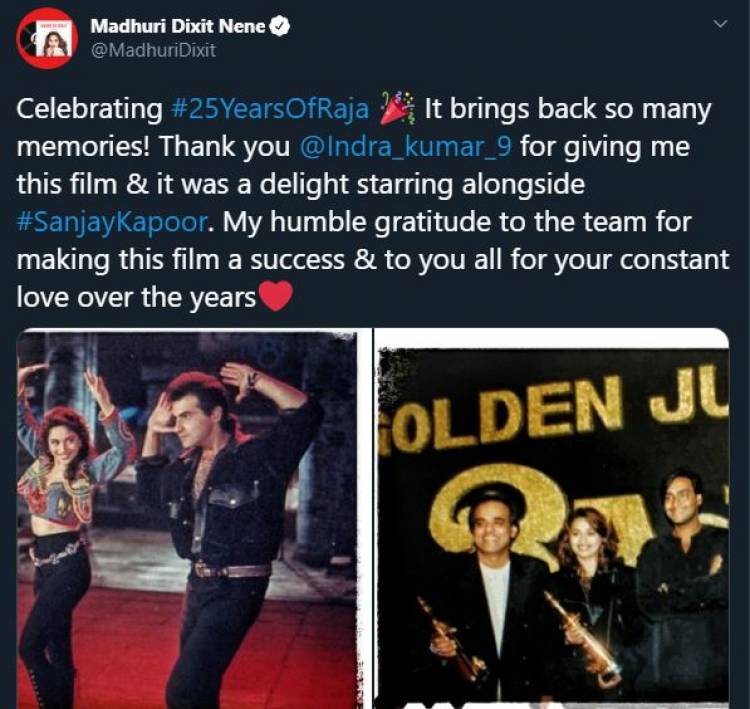 2nd June 1995 – This was the day when Raja released, and well, history was created!

Director Indra Kumar helmed the cult entertainer which released on 2nd June, which had the powerful combination of Direction by Indra Kumar, Acting duo of 90s queen Madhuri Dixit, Sanjay Kapoor and blockbuster songs! Produced by Ashok Thakeria and Indra Kumar the film took a massive start all over the country and not only did it recover its money in the first week itself, but the hardcore commercial romantic musical entertainer went on to collect five times its first week numbers, emerging as a bonafide blockbuster!!

Celebrating 25 years today, Madhuri Dixit has put a special throwback picture on her Twitter, also sharing an image of the time when they celebrated the GOLDEN Jubilee at Box Office for the film, with Ajay Devgn as the Chief Guest! Yes the film ran for 50 straight weeks at the Box Office, a feat still very rare today, which was an even bigger achievement at that time

With chartbuster tracks like ‘Akhiyan Milaoon Kabhi’ and ‘Nazrein Mili’ still popular even till today, RAJA is one of Bollywood's most loved movies, which celebrates 25 years today. Now this is what you call a timeless eternal and evergreen movie!