Priyamani First Look In Virataparvam Released On Her Birthday 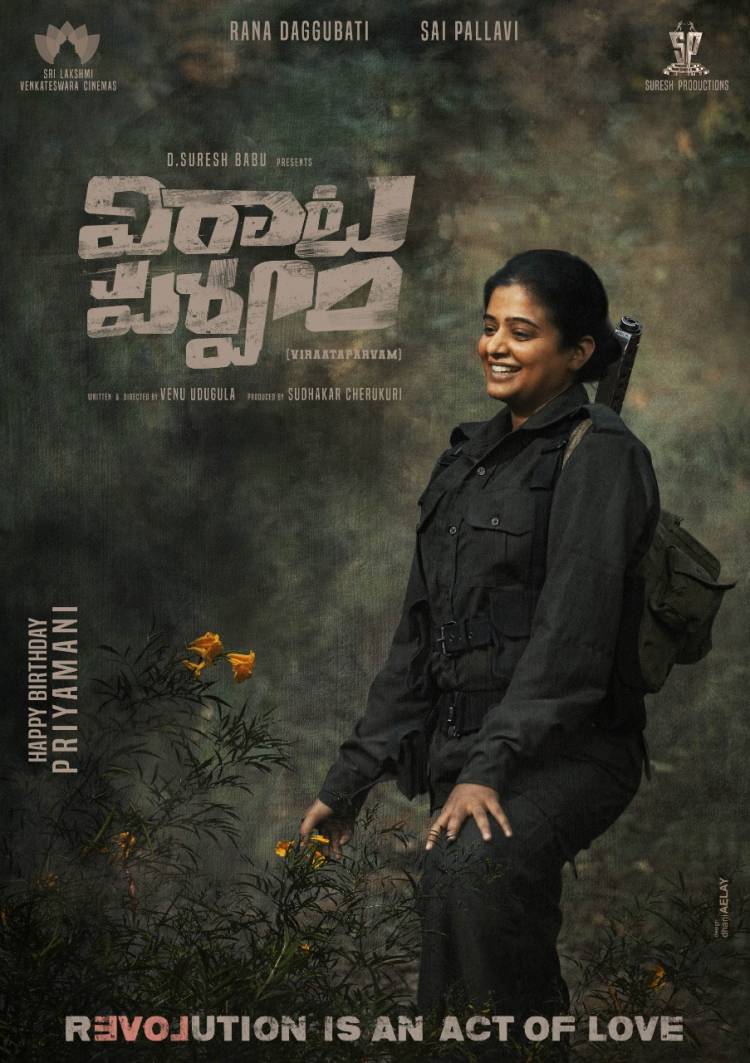 Actress Priyamani who played a key role in Rana Daggubati and Sai Pallavi starrer Virataparvam celebrates her birthday today. On the occasion, the makers have released her first look poster from the film.

Dressed in all black, Priyamani plays the role of Comrade Bharathakka in the film. She is all smiles while enjoying the beauty of the nature here. She looks apt in the role of a revolutionary leader.

Director Venu Udugula briefing the importance of the character.

Priyamani who is rarely doing films is picking roles that have adequate scope for her to perform in her second innings. The actress indeed revealed that she loved the character she’s doing in Virataparvam which is why she at once gave her nod.

Virataparvam is a unique and content driven film. The film will show the lead actors in never seen before roles. Except for last and small shooting schedule, entire filming is completed.

Nanditha Das, Naveen Chandra, Zareena Wahab, Eswari Rao and Sai Chand will be seen in important roles in the film that has music by Suresh Bobbili.

Actress Trisha has strived and proved her stature of being the topmost heroine across...