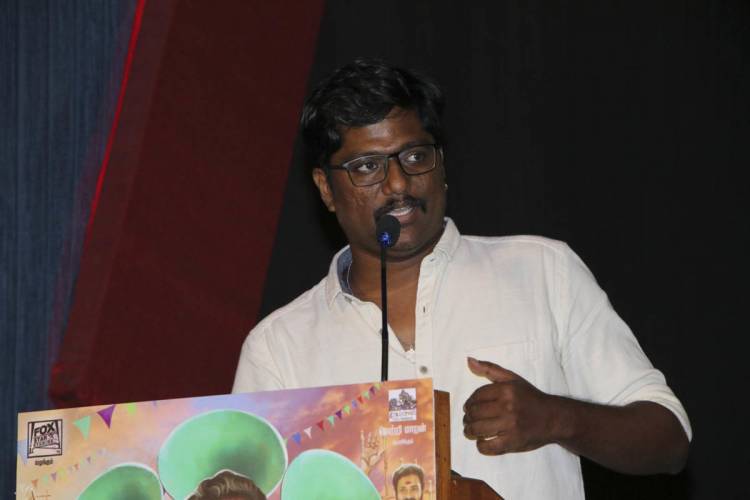 Rajkumar who made his directorial debut with 'Annanuku Jai' under Director Vetrimaran's Productions, starring Attakathi Dinesh and Mahima Nambiar which was highly appreciated with audience responses, is working on his next project 'Oru Thaai Makkal' (Children of One Womb) which will be a documentary on Bull-Embracing, written and directed by Rajkumar.
The filmmaker archives the untold story about the origin of Tamils and their livelihood through the Children of One Womb, a documentary focuses on an ethnic sport of Tamil Nadu in different perspectives.
'Oru Thaai Makkal' also records the varied dimensions about the sport, the caretakers of the bull, the lifestyle of the Bull-tamers, nuances in taming the Bull, and details of training activities for the bull to prepare it for the sport.
The film crew had travelled for months with the people engaged in Bull-embracing sport to capture this film. The team had shot in the live grounds of furious Bull-embracing Sport with about eight cameras. This documentary focuses on the reason behind the long travel of this sport in Tamils land for thousand years.
Interviews of researchers are documented to prove the authenticity of this film.
Oru Thaai Makkal (Children of One Womb) produced under Sarvam Sivan Productions and Muruga Theatres, Cinematography by Manivannan, Music by Shankar, Editing by Sudharshan, written and directed by Rajumar, produced by Mathan Muthkumar is waiting for its world wide release soon.

DIRECTOR HEMANT MADHUKAR REVEALS THAT THE SHOOT OF NISHABDHAM...

DIRECTOR HEMANT MADHUKAR REVEALS THAT THE SHOOT OF NISHABDHAM...........