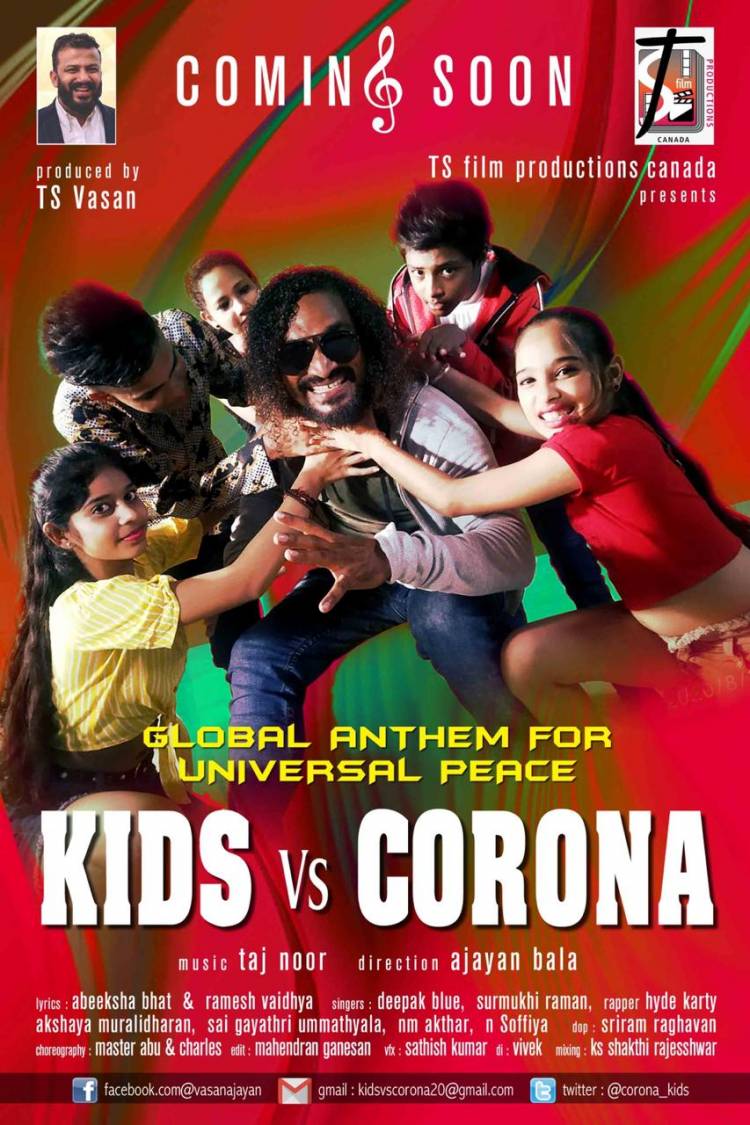 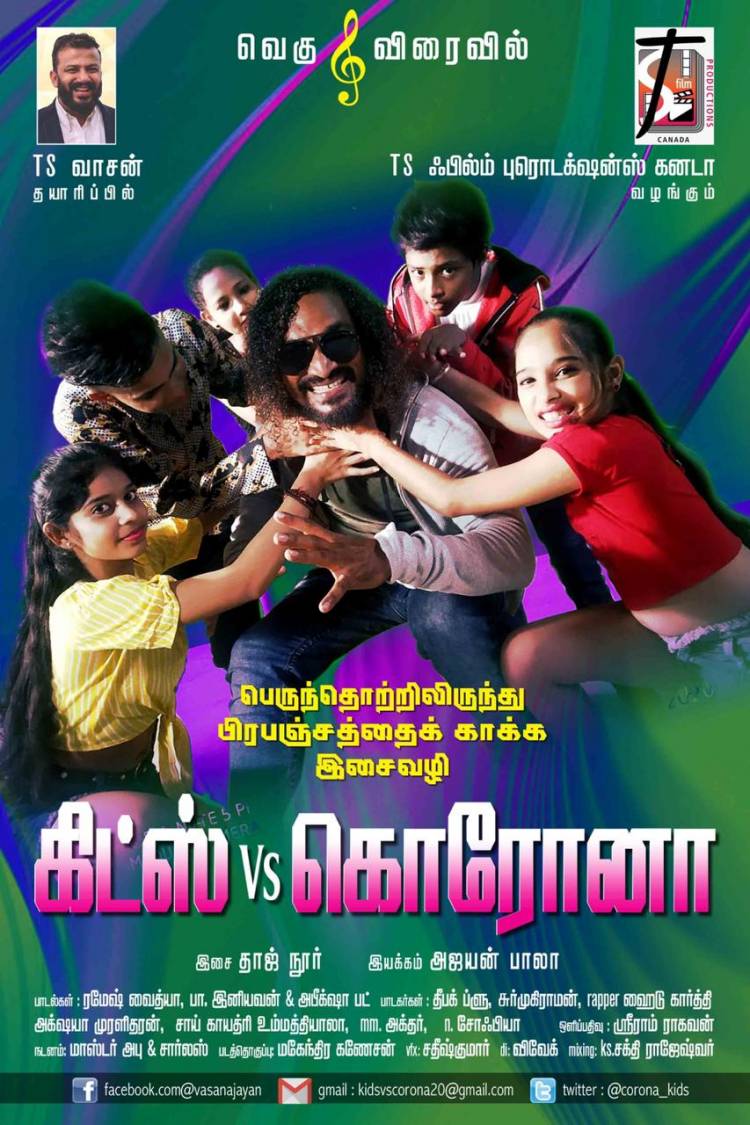 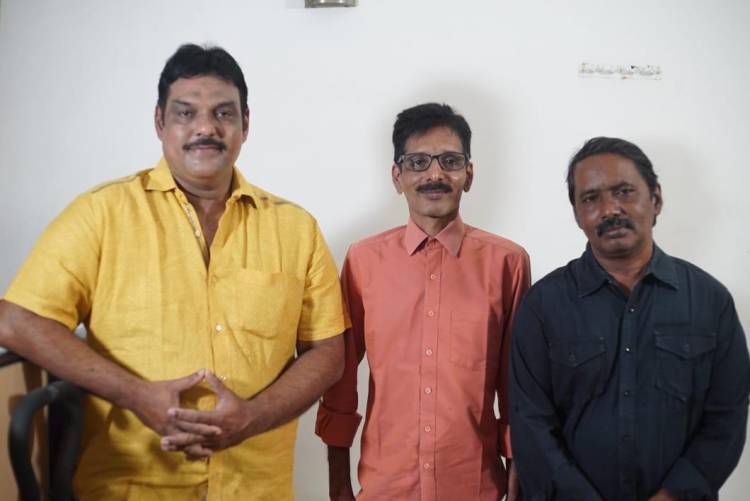 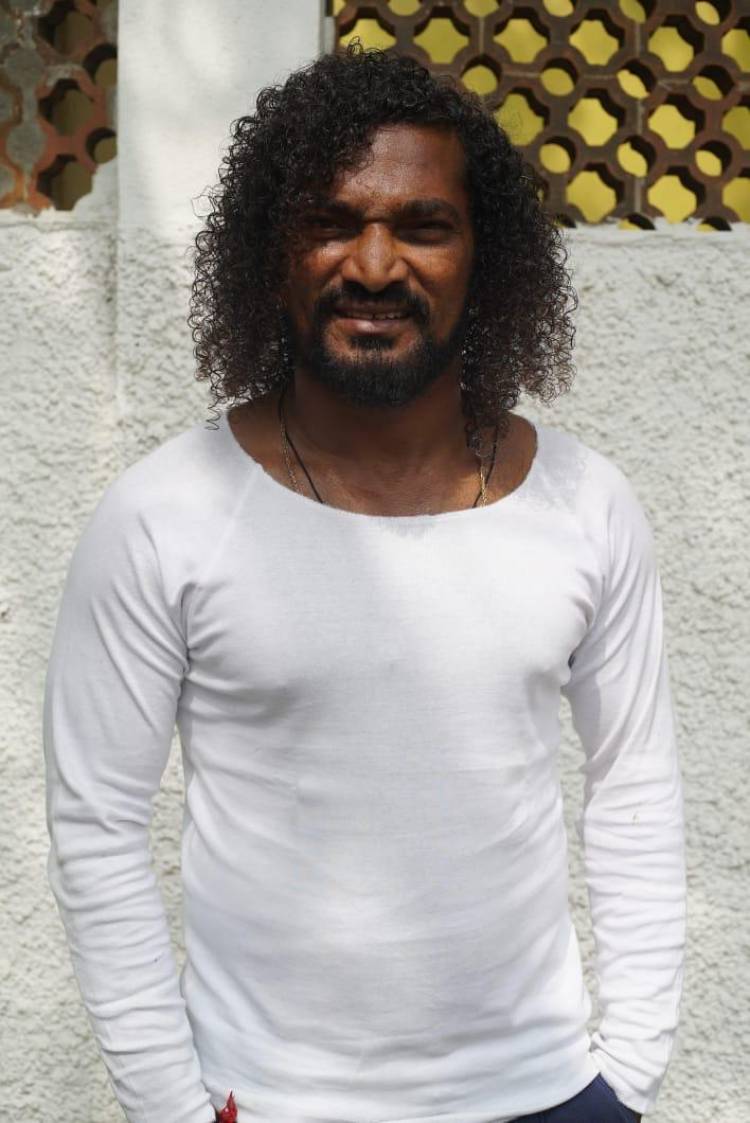 KIDS Vs Corona 2021
Universal anthem for Global peace
TS Production is proud of releasing this song during this TAMIL HERITAGE MONTH and the Tamilians Harvesting Festival day of tHAIPONGAL
The song is particularly about destruction cased to our nature by the human errors and the prevailing situation of the epidemics.
SONG INCLUDES: Prevailing frightened threat to the human life. Our musical album ‘kids’ vs corona’: a dance musical track of the cosmos 2021.  Also, the song is focused on the prevailing situation, ruin and distraction of education and happiness by the pandemic. Thy song stimulates the young kids to grow steadily with humanity, love, and affection.

1. Taj Noor -Music Director:He has gained experience by worked several years as assistant of Oscar winning music composer A.R. Raghuman.  He Produced his film debut in VAMSAM (2010) Tamil movie. He has composed music successfully in many popular films. Also he has been working to compose the musical form to Thirukkural

2..Stunt silva: Special appearance: He is a brilliant and famous choreographer of martial arts in Indian Cinema industry. He was the choreographer and stunt master of Super star rajinikant’s movie ‘Endhiran 2.0’ (2018). His special emergence has been recorded as singer and dancer in this video.

3..RameshVaidya:Hewrites songs to Tamil movies and TV serials. He was authored more than a hundred songs for personal albums.Authored over a hundred single songs for clandestine albums. He is well-knownfigure for his written lyrics from melodies to songs sung on Carnatic music stages. He is the author of 'BoothaSanchaaram' is a Bharatanatyam play.
4..SrinivasanSomasundaram,Producer: Heis a Tamilian living in Canada for 30 years. This song is originated in his thoughts about the damages caused to the nature by the competitions of the developed countries. He is the proprietor of TS FILM PRODUCTIONS OFCANADA  As a young artist he had a dream about becoming a dancing and recording artist. He started to swim in the ocean of dance industries and started his carrier.

5. Ajayan bala , Director
Writer &Director . He has written screenplays for more than 15 films in the Tamil film industry. Notable are  Madharasapattinam (2010)  chennayilorunaal (2013)  Manithan (2016)  .  Also he is very famous with Bio pic movie well known for EX.Chiefminister of TamilnaduSELVI. J. JAYALALITHA’s   Thalaivi (2021). Its under production. He is director of anthology movie 6thAthiyayaym  ( 2018). He has designed and directed this song.

I would like to request you to get the opinion about the production. Your opinion and advices will make me to involved in this filed more aggressively and enthusiastically. Thank you for your support and encouragement.
I would appreciate your great value.

Final works going on a Rapid Pace!#Eeswaran will meet you...

Final works going on a Rapid Pace!#Eeswaran will meet you on Pongal!

Viswasam Movie gets Clean "U"

Ajithkumar starring Viswasam gets U certificate.............

The makers of Raid have launched the song, Nit Khair Manga from the movie today..........