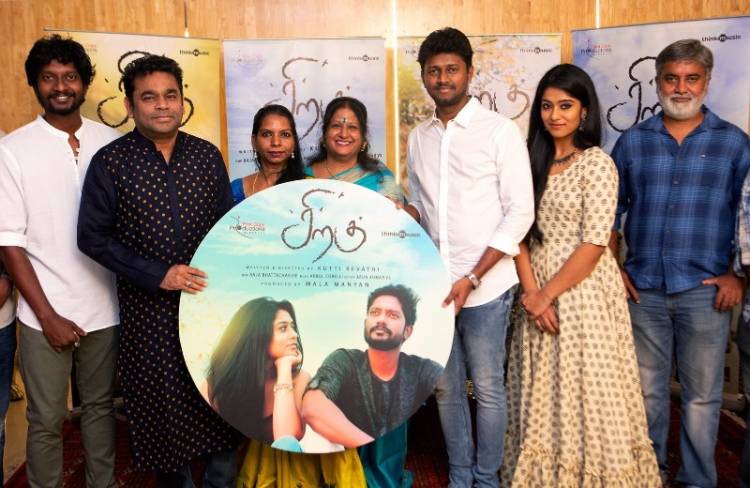 Writers are those, who, through just a line of theirs, can generate both grief and great joy. So, it is only natural that when people get to know that a writer has turned director, expectations from the film rise.

This is exactly why Siragu, a film written and directed by poetess Kutty Revathy, has now huge expectations riding on it.

It may be recalled that ace director Mani Ratnam had only recently released the promo video of the song ‘Thanimai Siraginile’ from this film. The promo, which had class stamped all over it, was testimony to the quality of the film and had come in for much appreciation from across various segments of the society.

Now, the film’s journey has reached its next destination with Oscar winner A R Rahman releasing its teaser. Like the promo video, this teaser too is garnering a lot of attention.

Produced by Mala Manian on behalf of First Copy Production, the film has music by Arrol Corelli. The music seems to have breathed life into the story that is the crux of the film.

Hari Krishnan,  whose performances in Madras, Kabali, Vadachennai and Sandai Kozhi 2,  came in for much appreciation, is the hero of the film. Akshitha, who is well versed in dance and yoga, plays the female lead in the film, which will also feature Nivas Adhithyan,  Dr Vidya and Kaali Venkat in important roles.

Raja Bhattacharjee, who proved his skills with the camera in Pyaar, Prema, Kadhal, is the cinematographer of Siragu. Arun Kumar V S has handled its editing.

This film’s story and visuals are bound to take viewers on a journey that is sure to provide them a welcome break from the mechanical lives that they lead!

Actress #SriDivya Had Never Failed To Impress Her Fans...

Actress #SriDivya Had Never Failed To Impress Her Fans ........