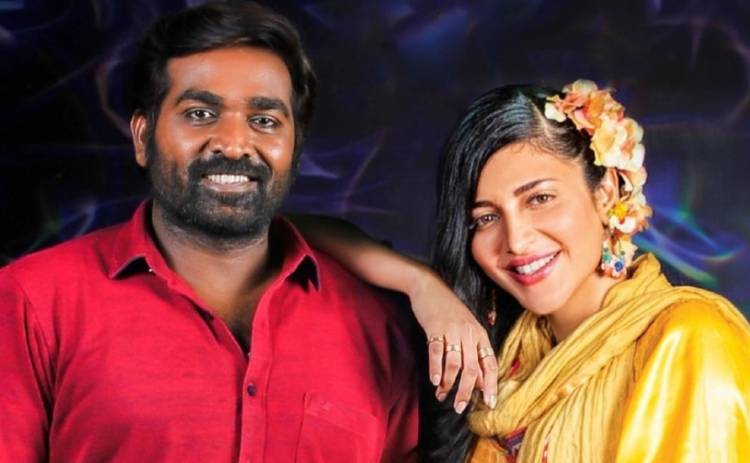 Vijay Sethupathi is one of the busiest actors in Tamil cinema, and he has more than ten films in the pipeline out of which seven films are at the filming stage. The shooting of 'Laabam' is underway in Chennai with Vijay Sethupathi and few other casts, and the director is expected to wrap the film quickly. Shruti Haasan is playing as the female in 'Laabam', and it marks her comeback in Tamil after five years. 'Laabam' is reportedly about the importance of agriculture, and Vijay Sethupathi will be seen in a strong role in the film.
Director SP Jananathan has been simultaneously working on the post-production works for the film, and he is keen on delivering a memorable film.

Birthday celebration of @JiivaOfficial from the sets of...